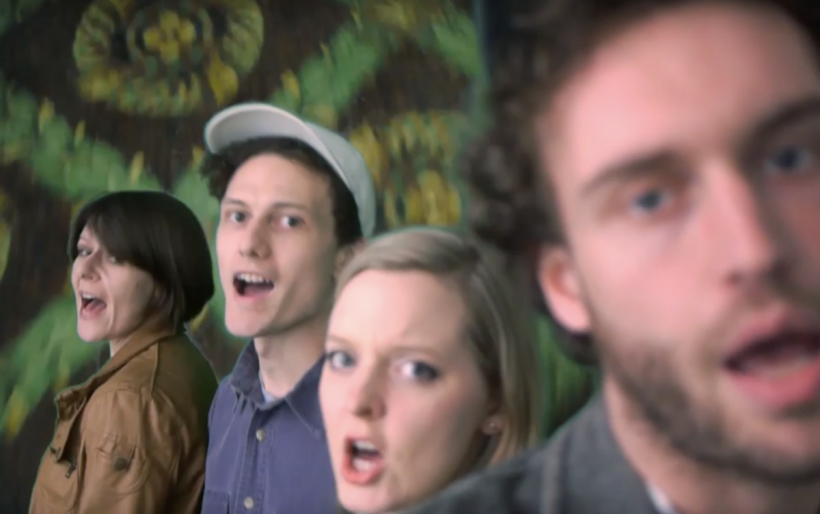 Since relocating to Philly, Grocer has been getting ready to release their debut album, Little Splash, later this spring. We’ve already heard the album’s lead single “Infinite Commute,” and now the band has shared another new track, “Blue Danube.”

The fuzzy and agitated song sees singer-songwriter Nicholas Rahn exploring the more difficult parts of a relationship as he sings, “It’s hard to remember the reason for dealing / It’s hard to remember the feeling of breathing.” The band takes up residence in an abandoned South Philly hotel and has fun with a green screen in the song’s accompanying video, a collaboration with local animation/video collective Our House Help Desk.

“I wrote ‘Blue Danube’ shortly after moving to Philadelphia,” Rahn told American Songwriter. “It was the first time writing after a somewhat tumultuous exit from NYC. I was exploring some of the hardships and trials a relationship can go through and how you make the choice to keep doing it. I was probably listening to a lot of Parquet Courts at the time, and I think that informed how I was writing.”

Watch the video below. Little Splash comes out May 22.