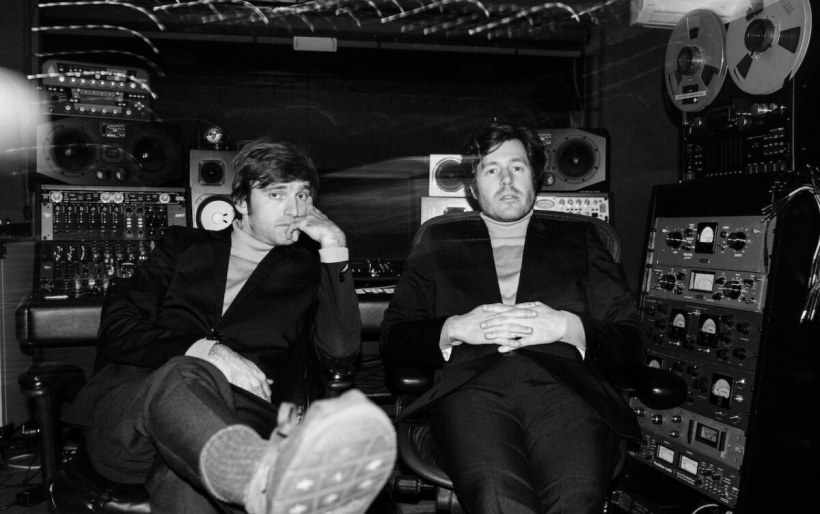 Secret American | photo by Sweetpeashots | courtesy of the artist

Bicoastal retro rock band Secret American has a knack for spreading joy wherever it goes. Its psych-pop melodies are bright and uplifting, its live shows are an energized dance party led by the seven musicians packing the stage.

The project of singer-songwriter Derek Krzywicki – a Philadelphia native living in Santa Barbara, California – and Todd Mecaughey, a Philly multi-instrumentalist and engineer at Cambridge Sound – Secret America won hearts with Warmth and Shelter, its 2018 debut, and is poised to follow it up with new music this year, beginning today with a new single called “Heavy Feels.”

For some, it might be jarring to hear such a carefree pop song in a moment of such global concern. But as Mecaughey tells us, the song has its origins in another very intensely dark and uncertain time: “We wrote ‘Heavy Feels,’ and the majority of our upcoming album’s material, at Derek’s place in California during a long weekend in November 2018 – which so happened to also be in the midst of the tragic wildfires.  Roads and businesses were slowly starting to shut down as the fires continued to spread, and a mixture of smoke and panic began to fill the air. The strange energy that surrounded the songwriting sessions slowly, but inevitably, infiltrated all the material we were working on, and at a certain point we realized ‘Heavy Feels’ was the overarching theme, and will also be the title for the new record.”

In the song’s new music video – directed by Charlie Sanders, co-creator of the TV show Weird City, which featured Secret American’s music in an episode last year – Krzywicki grooves for the camera in retro-fashionistc attire while sharing a cake with a group of friends and neighbors dancing alongside him. It’s a lighthearted reminder of the simpler times we once had, the simpler times that we’ll one day have again when this current moment of quarantine and fear is behind us, and shows how even in our darkest moments, a great pop song can always let a little light shine through. Watch below.