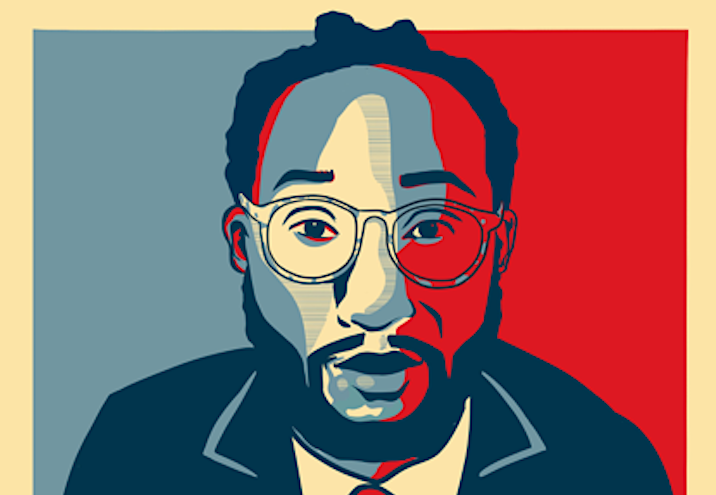 Philly rapper Verbatum Jones has been gradually re-emerging onto the music scene after several years out of the spotlight, and today he dropped a slick new single called “Presidente.”

A jaunty, incredibly fun song based around a funky guitar lick sampled from Doris Monteiro’s “Maita,” Verb uses two minutes and change to share a vision for a better world in his gravelly, Yasiin Bey-esque flow.

In that relatively short run time, he advocates for a spectrum of ideals from health care to a non-violent police force, the guiding principle seeming to be taking care of one another. And that means facing up to difficult realizations. “Gotta get the money out of politics. / Slavery, America’s sin, gotta acknowledge it.”

The hook is taken from Wyclef Jean’s “If I Was President,” and in this turbulent election year, it feels about right. The public health crisis compounds that stress, and as Verb said in an Instagram story announcing the song, “I’m suffering like you’re suffering, I’m hurting like you’re hurting, but we can get through it.”

Listen to “Presidente” below.