Checking In With... David Uosikkinen of The Hooters - WXPN 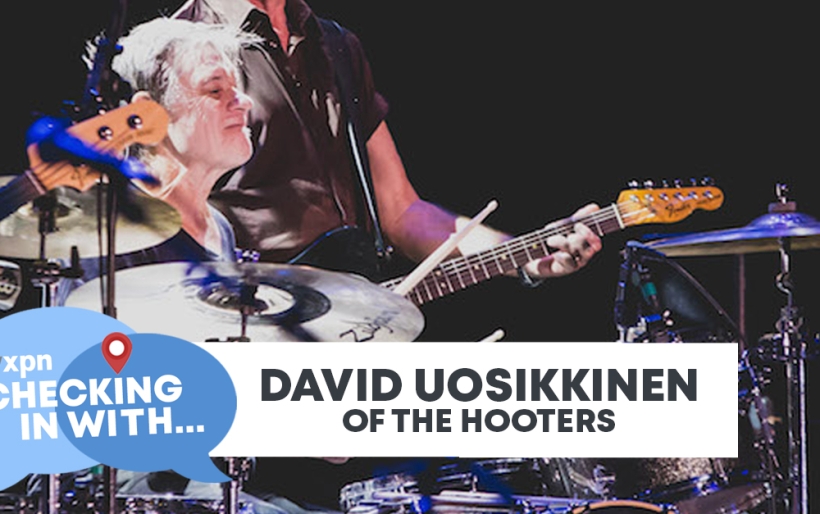 David Uosikkinen | photo by Chris Sikich | courtesy of the artist

Checking In With… David Uosikkinen of The Hooters

In times of crisis, it’s more important than ever to check in on your friends and loved ones. Here at XPN, we’re Checking In With our extended musical family to see how they’re holding up during the Coronavirus quarantine…and what music has kept them grounded. Today, Dan Reed chats with David Uosikkinen of The Hooters.

Philadelphia’s David Uosikkinen is the drummer of The Hooters and the leader of the classic-songs-of-Philadelphia project In The Pocket. In his chat, he reflects on the Coronoavirus pandemic, and how it’s been more manageable for him now than he imagines it is for younger folks. “If I was in my 20s when this happened, my problems would be completely different than they are today. Who’s gonna drive to Harlem today? It was a whole different ball of wax.”

Below, listen to David’s full Checking In chat with Dan Reed, and peruse his music picks.

Checking In With David Uosikkinen of The Hooters

Favorite Song of All Time: “Sympathy for the Devil” by The Rolling Stones

“It has it all. Charlie is platting out of his mind on it, it has a cool percussion part, it has a great riff, and it’s a little dangerous, don’t you think? A few years ago I saw the Stones in Brooklyn, they opened with ‘Sympathy,’ and they had a drumline come out and play with them. It was phenomenal.”

Song that Raises Your Spirits: “Chest Fever” by The Band

“Plain and simple, it makes me feel good when I hear it. When I was a kid, my next door neighbor got a Three Dog Night night record, and they covered it, I wasn’t familiar with The Band’s version at the time, and all of a sudden radio happens, and I hear The Band play it, and it’s lights out, know what I mean? I love the way Garth and Emmanuel play on it, and his voice and Levon’s, it’s ridiculous.”

Song You’re Most Proud of Working On: “All You Zombies” by The Hooters

“I felt like that was really a signature song I’ve been playing since 1980. It’s one of the first songs I played with Rob and Eric. It evolved over the years and the Columbia version turned out pretty amazing. It stood the test of time. In 1985 when David Fricke reviewed it, he talked about the rhythm, and he mentioned me. As somebody who later started paying attention of things like that who didn’t think of them before, I was like ‘oh, I did contribute to that.’”