Checking In With... Dominic Angelella - WXPN 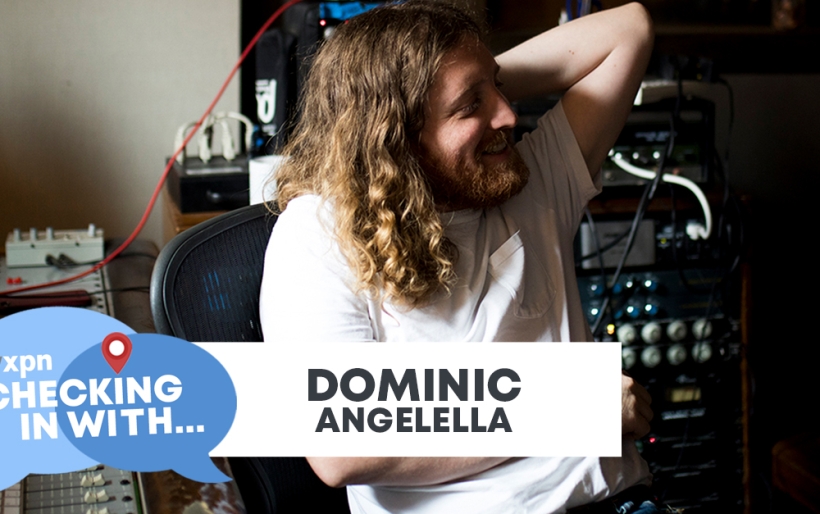 Checking In With… Dominic Angelella

In times of crisis, it’s more important than ever to check in on your friends and loved ones. Here at XPN, we’re Checking In With our extended musical family to see how they’re holding up during the Coronavirus quarantine…and what music has kept them grounded. Today, Rachel Del Sordo chats with Dominic Angelella.

Longtime Philly musician Dominic Angelella has toured with Lucy Dacus, mewithoutYou, Natalie Prass and more, and will release his latest solo album Poison River on Lame-O records on May 29th. Since the Coronavirus quarantine took effect, Angelella says he’s been trying to make the a bad situation. “I’ve been trying to read as much as possible and revisit records I haven’t listened to in a while. Because of all the touring I’ve been doing, I haven’t really spent a bunch of time in one place since early 2018”

Dominic took our Checking In questions in his own direction, but arrived at some pretty excellent answers in the process. Read below, and pre-order Poison River now, via Lame-O Records.

Favorite Song Of All Time: Too many to name

This is an impossible question. I have so many favorite songs of all time. I am a sucker for songs that feel like they’ve been plucked out of the air fully formed, performances that feel like documents, and lyrics that put you in the world of the song. Here’s five.

Song That Raises Your Spirits: Everything on Chill Out by The KLF

“I just bought Chill Out by The KLF, one of my favorite records ever. It was my last frivolous purchase before I don’t work for 2 to 6 months. It’s such a special piece of music, an imagined southern road trip by two Liverpudlians who’d never stepped foot in America before. It’s super calming and transportative. This song / record has gotten me through some stressful and traumatic times in life. The KLF were super cool and weird in that very specific British-Anarcho way, most notably for burning one million pounds off the coast of Scotland as a way to signify that the band was breaking up.”

Song You’re Most Proud of Working On: “Holy Volunteer” by Dominic Angelella

“Probably my most recent song, ‘Holy Volunteer.’ The whole new record I have coming out is the first thing i’ve ever made that turned out exactly the way I pictured it. I’m really excited for the whole thing to be out in the world!”