Checking In With... Katie Crutchfield of Waxahatchee - WXPN 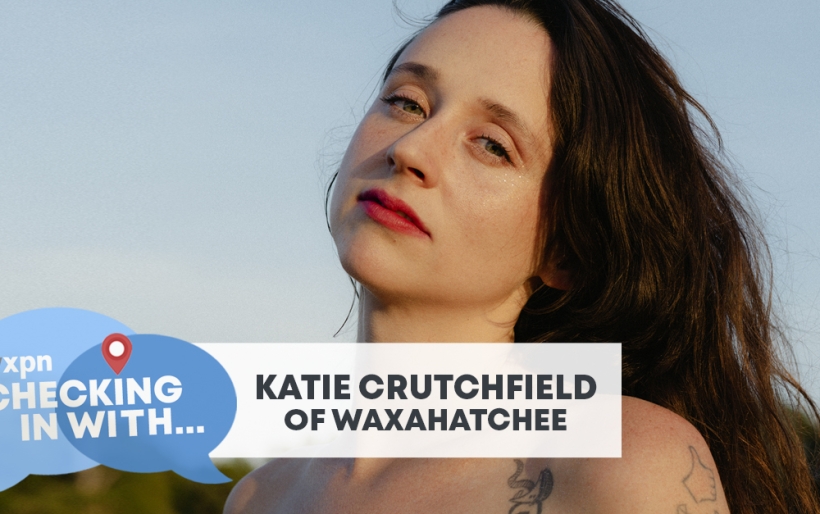 Checking In With… Katie Crutchfield of Waxahatchee

In times of crisis, it’s more important than ever to check in on your friends and loved ones. Here at XPN, we’re Checking In With our extended musical family to see how they’re holding up during the Coronavirus quarantine…and what music has kept them grounded. Today, Dan Reed chats with Katie Crutchfield of Waxahatchee.

Katie Crutchfield is the singer and songwriter behind Waxahatchee, who released their fantastic fifth album Saint Cloud on Friday. When asked about the unfortunate timing of releasing one’s latest work during a public health crisis, Crutchfield was resoundingly optimistic. “I certainly felt frustrated about the touring element because as musicians, that’s how we make a lot of our income. But putting out a record right now feels good to me. I’ve gotten pretty spiritual about the whole thing, and in a way I’m sort of like ‘maybe this was always exactly how this was supposed to happen.’ Saint Cloud, for Waxahatchee, is a very hopeful album, it’s sort of my most hopeful album, and if it can bring some light into people’s lives right now, I feel really good about that.”

Below, listen to Katie’s full Checking In chat with Dan Reed, and peruse her music picks.

Checking In With Katie Crutchfield of Waxahatchee

Favorite Song of All Time: “Side of the Road” by Lucinda Williams

“I recently got to spend an evening with Lucinda Williams, which was pretty life-changing and amazing. I talked to her about some of her songs, and we talked about this one. I’ve always loved this song; I remember the first time I saw her play live, she played this song and it hit me so hard. I think the thing about it is, as a writer and an artist and a woman, I feel like I relate to it so much because it’s really about needing space and needing space to get your head on straight, especially from the perspective from a brilliant writer. There’s something about that idea bout the male genius who goes off and does his thing and people are like ‘it’s brilliant,’ but you don’t really hear that perspective from a woman a lot. I think it’s really cool and powerful.”

Song that Raises Your Spirits: “Motor Away” by Guided By Voices

“I love GBV, they’re one of my oldest favorite bands. Allison, my sister, and I when we were learning to play music when we were teenagers and in our first band, we covered so many Guided by Voices songs. They’re simple, they’re exactly what we we’re into:  lo-fi, British-influenced pop music. In that way it reminds me of home, it reminds me of my youth, it reminds me of all these comforting things, and that song specifically has an amazingly catchy singalong chorus. In the most visceral, simple, tackle way, that song is comforting.”

Song You’re Most Proud of Working On: “Lilacs” by Waxahatchee