Checking In With... Martin Courtney of Real Estate - WXPN 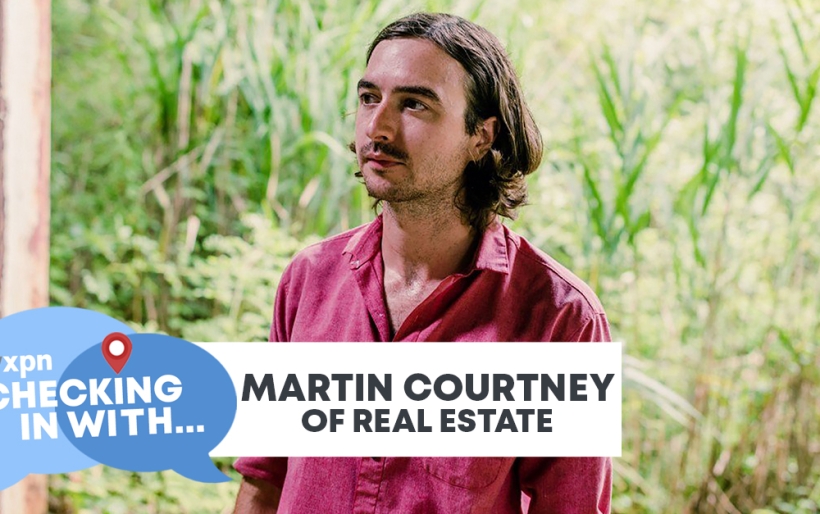 Martin Courtney | photo by Shawn Brackbill | courtesy of the artist

Checking In With… Martin Courtney of Real Estate

In times of crisis, it’s more important than ever to check in on your friends and loved ones. Here at XPN, we’re Checking In With our extended musical family to see how they’re holding up during the Coronavirus quarantine…and what music has kept them grounded. Today, Dan Reed chats with Martin Courtney of Real Estate.

New Jersey native Martin Courtney is the singer-songwriter and guitarist of the indie rock band Real Estate. We reached him at his home in the Hudson Valley of New York, where he was self-isolating with his family, setting up his studio equipment in the basement, hoping for some creative productivity during the quarantine but generally looking to maintain some sense of normalcy as well. “I’ve been listening to a lot of classical music, trying to keep it calm in the house,” he says.

Below, listen to Martin’s full Checking In chat with Dan Reed, and peruse his music picks.

Checking In With Martin Courtney of Real Estate

Favorite Song of All Time: “Range Life” by Pavement

“I can’t imagine anyone actually picking a favorite song and be able to sit behind it unless there’s a really good reason for it but it’s a great song.”

Song that Raises Your Spirits: “Green Arrow” by Yo La Tengo

“[I love] anything from that record I Can Hear The Heart Beating As One. If you’re talking about a song that’s soothing or comforting, there’s literally crickets happening in the background. It’s one of my fave songs by them, and I’ve always found them a pretty inspiring band. I think the fact that they had instrumentals on their records is pretty cool, and I think it’s no coincidence that Real Estate has a few instrumentals sprinkled throughout our catalog as well, probably directly influenced by Yo La Tengo.”

Song You’re Most Proud of Working On: “Silent World” by Real Estate