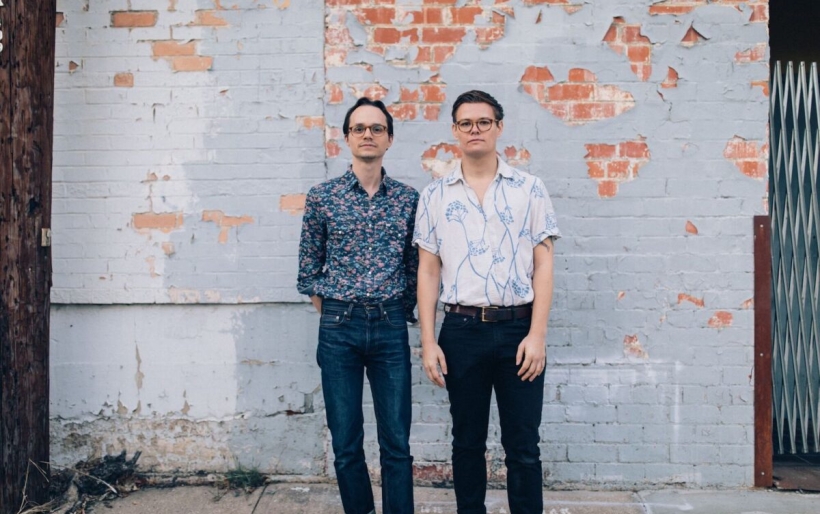 It’s been eighteen years since Death Cab For Cutie’s Ben Gibbard and Dntel’s Jimmy Tamborello showed the dawning digital music age what long-distance creative collaboration could look like with The Postal Service. In the decades since, what was once a novelty — two songwriters working in two far-flung cities — has become a common way of making music, and Welcome Center is the latest to pick up that torch.

The band is the project of Philadelphia’s Aaron Sternick, who we previously met in the indie rock trio tinmouth., and Dallas’ Jesse Smith. They’ve been working together since 2018 and have been friends since they were teenagers growing up in Texas. This July, they release their new EP, This House Will Be Filled With ___, and this week Welcome Center released the first song from the project, the driving indie dance jam “Control Alt Obsession.”

The song’s cool, calm, collected synthesizer and saxophone leads contrast with an unhinged beat, and vocals from Smith that creak with desperation — “Everything inside distorts, I don’t know what is right anymore” — reminding us in equal parts of Gibbard and Robert Smith. Listen below, and pre-order the EP here.