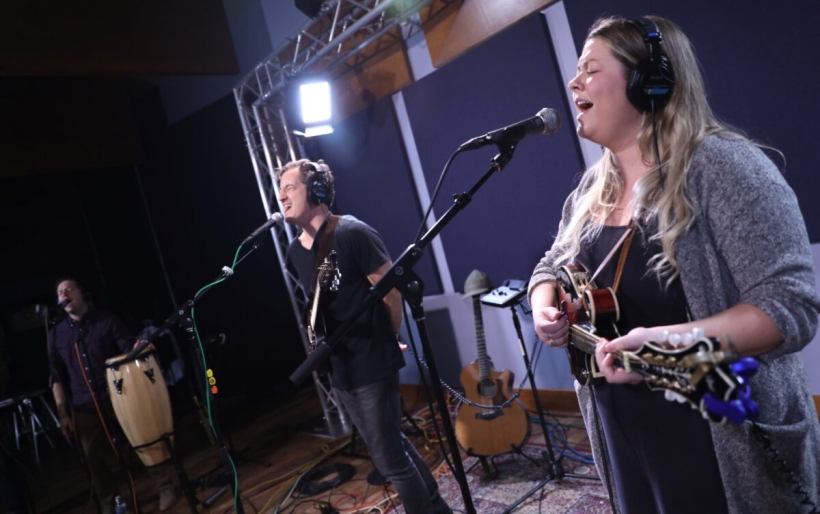 Stella Ruze chat just ahead of quarantine on 25 O’Clock

With everyone sheltering in their homes, there won’t be any in-person guests on Dan Drago’s 25 O’Clock Podcast for awhile. But shortly before the pandemic hit, Brendan Johnson and Katie O’Donnell of Stella Ruze joined Drago in the studio for an interview that’s out now.

After taking a moment to reflect on the current state of independent music — and the world in general — Drago introduces the band to talk about their new record, The Greater Dog, which came out in January. Johnson and O’Donnell also talk about the music they grew up with, their folk influences, and how they’ve worked to become a better live band. They also shout out some of their favorite fellow artists in the Philly scene, like Trap Rabbit, The Tisburys, Ali Awan and Rachel Andie.

“Brendan and Katie of Stella Ruze were the last people to come to the studio before all this went down and I decided to close down the in-person interview for a bit,” Drago shared. “It’s funny, on that evening, the biggest crisis we were dealing with was that most of my gear was malfunctioning in front of us. But we got it. Or most of it. When this is all over, I’m going to have them back, and I’ll have them play … Everything’s up in the air. It’s hard to relax or think clearly when you know there are so many things defying gravity right now, and that they’re going to have to come down one way or the other. We’re all doing the best we can, and we’ll all keep doing so.”