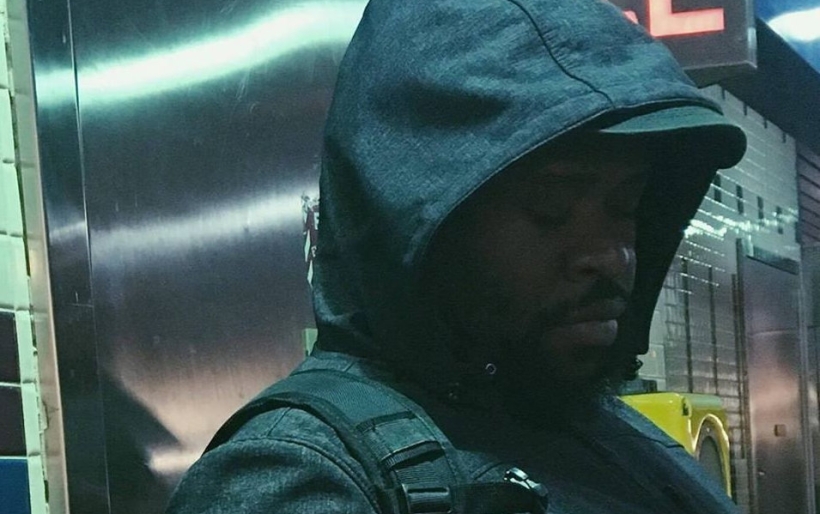 Last month, WXPN DJ and Key contributing writer John Morrison released Memorabilia, a self-styled “remixtape” where the local musician and producer put his own heady hip-hop spin on decades worth of classics from Radiohead to The Roots to Brandy and Busta Rhymes.

This weekend, he dropped a companion to that project — a short collection called Spares: Unreleased Remixes & Flips. “This is a collection of spare remixes that I’ve had in the archives for a while,” Morrison writes. “Some of them didn’t make it on my remix tape Memorabilia, others were made years before.”

Some of the project is positively playful — a hazy flip of OutKat’s “Prototype” is pure ear candy, while “Get The Fortune” by Ja Rule is given the punchy backing of an 80s anthem in the new “John’s Scrooge McMix” version.

But as he did on Memorabilia‘s “Creepin’ With Thom & Tariq”, Morrison makes brilliant juxtapositions of archival new audio and revamped rap classics to make sociopolitical observations. In “Ali Appears In Zaire,” a 2010 recording of Louis Farrakhan set to simmering piano highlights two consistent demands in the fight for equality, from the Civil Rights Movement to the modern day: “jobs and justice.” This is juxtaposed alongside bars from “Mathematics” from Mos Def’s Black on Both Sides — “Sixty-nine billion in the last twenty years / Spent on national defense but folks still live in fear” — questioning how much those two things are priorities for those in power.

My man @Eddouxl nominated me to post an unreleased beat. Here’s an old flip of Outkast’s “Prototype” <3