(Sandy) Alex G shares a new instrumental song, "Rosebush," and a surreal short story to go with it - WXPN 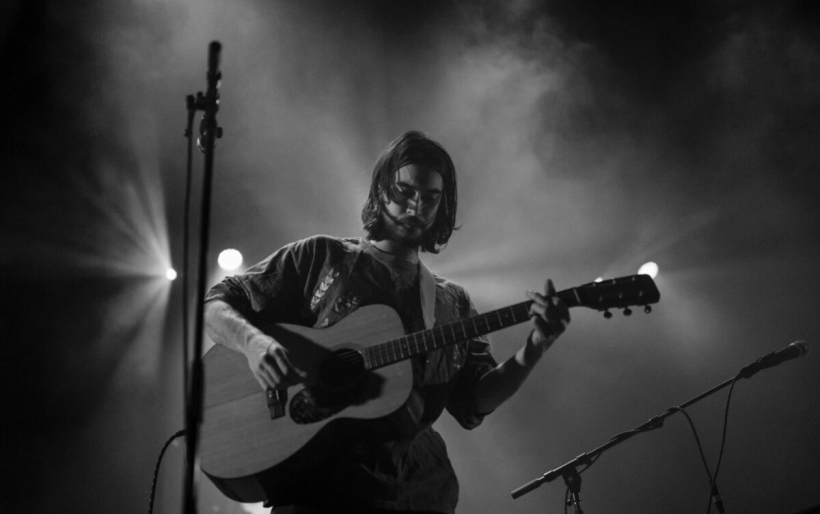 (Sandy) Alex G shares a new instrumental song, “Rosebush,” and a surreal short story to go with it

In what is sure to be one of several great new releases from artists in isolation, (Sandy) Alex G quietly released a new track, “Rosebush,” on his personal YouTube account this week. The three and a half minute instrumental track features bandmates John Heywood on bass, Molly Germer on violin, and David Allen Scoli on saxophone. Sonically, the track falls more in line with his jazzier arrangements like “Guilty” and “Waiting for You,” compiling primarily what sound to be pre-packaged keyboard sounds.

The video for the song zooms out on a Word doc of a short story, describing a woman named Joanna waking from a dream into another dreamlike state, the full text for which you can find below. The song comes with no announcements of new music, to be expected since it has been less than a year since the release of Alex G’s warmly-received album House of Sugar.

In a dream, black flowers grew around her bed. She picked one and held it close to her face, twirling it by the stem. What a wonderful mess, she thought. How did these blossoms get here overnight?

Joanna woke. The sun through her bedroom window made it impossible to go back to sleep. She left the bedroom, walked down the stairs and through the hall to the kitchen.

What songs will you sing for me? She asked the birds from her kitchen window. The window above the kitchen sink overlooked her garden, out of which grew a great rosebush surrounded by spring flowers.

The birds go around the rosebush. Yes and they sing and fly to the trees at the edge of the property. Joanna listened to their songs and smiled as she filled her teapot with water.

Whose song is this? Joanna asked the piano. She sat on the bench and postponed her fingers over the keys.

She left a window open in the night. Three gray cats crawled through the window into Joanna’s home. Being so busy at the piano, Joanna didn’t see or hear the cats prowling and purring in the room.

The three cats, moved by Joanna’s song, began to sing:

Crawl back to your hole, rat!