Checking In With... Honus Honus of Man Man - WXPN 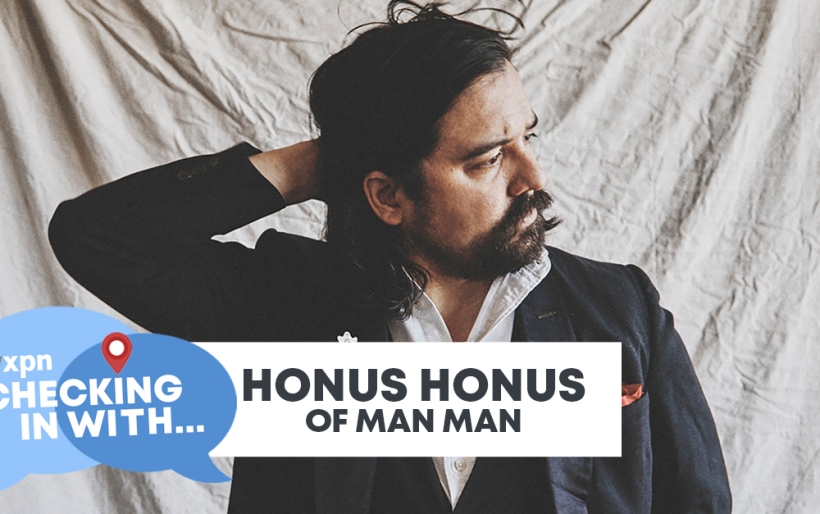 Checking In With… Honus Honus of Man Man

In times of crisis, it’s more important than ever to check in on your friends and loved ones. Here at XPN, we’re Checking In With our extended musical family to see how they’re holding up during the Coronavirus quarantine…and what music has kept them grounded. Today, Dan Reed chats with Honus Honus of Man Man.

Ryan “Honus Honus” Kattner is a former Philadelphian and charismatic leader of the avant-garde rock band Man Man who’s been spending his time out in Los Angeles these past few years. We caught up with him by phone this week to talk about how the Coronavirus pandemic is hitting his new town and he noted, remarkably, traffic is down and the freeways (and skies) are clear. “The upside is it’s a lot easier to get around,” he said. “But nobody’s going anywhere.”

Honus Honus says he admires the way Cali Governor Gavin Newsom and L.A. Mayor Eric Garcetti acted fast to address the pandemic. “I feel like we can nip this thing in the bud if we just chill out, but there’s still people going out and partying, going to the beaches.” For his part, Honus Honus is staying in and keeping six feet from others, but “being a musician, there’s a lot of social distancing between playing shows anyway.”

At the top of next month, Man Man releases its sixth album, Dream Hunting In The Valley Of In-Between. “It only took me seven years to put out a new Man Man record, and I happened to do it during a global pandemic,” he says. “It is what it is, everyone’s going through their own situation. I’m lucky that I’m alive right now. We had option to push back the release of the record, and I opted against it, because even though we can’t tour to support it, people need music right now.”

In our checking in chat, Honus Honus gives us a preview of a deep cut from Dream Hunting called “Animal Attraction,” while also picking out some favorites from Screamin’ Jay Hawkins and Emahoy Tsegué-Maryam Guèbrou, an Ethiopian nun playing solo piano. Listen to our conversation below, and grab a pre-order of Dream Hunting — out May 1st — over at Sub Pop.

Checking In With Honus Honus of Man Man

Favorite Song of All Time: “I Put A Spell On You” by Screamin’ Jay Hawkins

“It’s my go-to, it was kind of my was my gateway drug to playing music.”

“The whole album is beautiful, it’s part of the Éthiopiques releases. Years and years ago on tour I had a bandmate turned me on to it, it’s beautiful stuff, just gorgeous.”

Song That You’re Most Proud Of Working On: “Animal Attraction” by Man Man

“It’s a real slow burn of a song which turned out really beautiful. I wish this one could be a single but it’s a little too long, and if you took out any of it, if you edit it down, you’d lose the effect.”