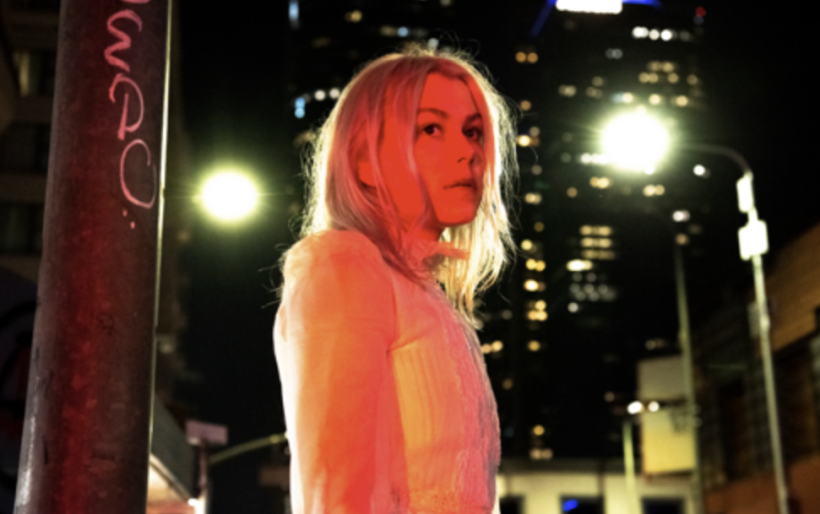 Phoebe Bridgers | photo by Frank Ockenfels | courtesy of the artist

The NON-COMM and XPN Fest alum has been by no means absent since the release of her debut album Strangers in the Alps in 2017, performing in groups boygenius and Better Oblivion Community Center, and recently releasing single “Garden Song.” Significantly more upbeat and clear-headed than her previous release, “Kyoto” describes the beginnings of forgiveness and understanding, despite a significant divide.

The music video sees Bridgers in front of a green screen projecting images of Japan behind her, with some attempts at imitating what it once felt like to travel. Reportedly the video was meant to actually be shot in Japan, but due to recent events that had proven impossible. Meanwhile, Bridgers leans into more of her indie rock sounds, closer to her work with Conor Oberst than her solo stuff, with chugging electric guitars and horns provided by Bright Eyes’ Nate Walcott. She writes in a press release:

“This song is about impostor syndrome. About being in Japan for the first time, somewhere I’ve always wanted to go, and playing my music to people who want to hear it, feeling like I’m living someone else’s life. I dissociate when bad things happen to me, but also when good things happen. It can feel like I’m performing what I think I’m supposed to be like. I wrote this one as a ballad first, but at that point I was so sick of recording slow songs, it turned into this.”

Whereas Stranger and other releases from Bridgers have featured a similar ghost painting on their visuals, Bridgers now dons a skeleton outfit (like The Punisher, right?) on this album and the last two music videos. The album will feature several amazing musicians, including boygenius bandmates Julien Baker and Lucy Dacus, Bright Eyes’ Conor Oberst and Nate Walcott, and Yeah Yeah Yeah’s Nick Zinner. Bridgers will also be performing “Kyoto” on tonight’s episode of Jimmy Kimmel from her bathroom.