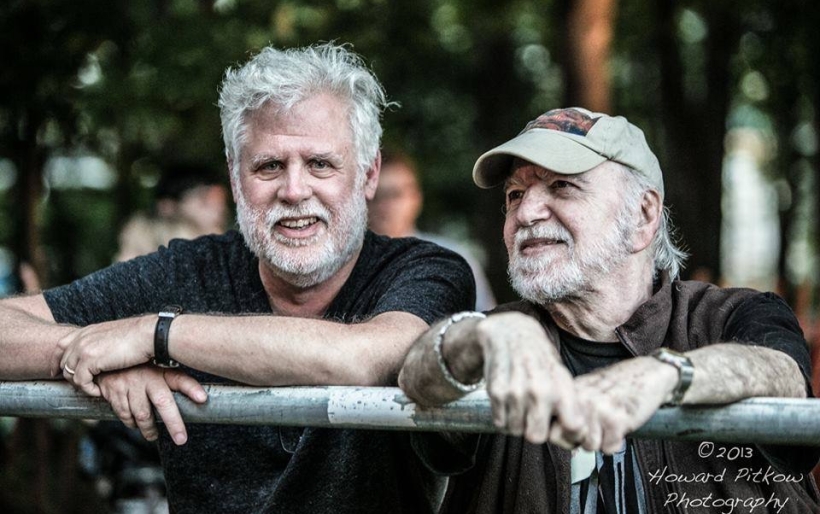 “A Party We Could All Sneak Into”: Reflections on Gene Shay, folk DJ and Philly’s first tastemaker, from David Dye

When Gene Shay would get  on stage at the Philadelphia Folk Festival and tell another bad joke to a smattering of applause, I figured these kids will never know.

How could they?  Before blogs and email there was Crawdaddy and Gene.   If you wanted to know about meaningful songwriting and singers, Gene was the only way.  He is a man from another time whose influence is unimaginable to those who came after.

There was a time from the early 60’s and well into the 70’s when that roly-poly man with the silly hats was THE arbiter of cool, as far as music in our city  was concerned. At least that is how I thought of him while sitting in my suburban kitchen on Sunday nights with the family’s one and only FM radio on, takin’ notes. Richie Havens? Gotta get that one.  Is that another Jackson Browne song? When is he finally going to make his own record? Doc Watson, The Greenbrier Boys, Rory Bloch, Tom Rush, Eric Andersen. Bonnie. Who is going to drive back from the late show at The Main Point Tonight and join the party?

Gene’s Sunday night folk show (started on WHAT and moved to DAS) was a party we could all sneak into.  Everyone wanted to hang with Gene, and I did too.  I can remember the night he promised that Joni Mitchell was coming by. I was vibrating.  Would she show?  She did, and then a half-hour later Dave van Ronk was literally banging on the door to get in. To Gene’s Party.

When more and more people got hip to the musicians Gene had discovered, his influence with those folks might have waned.  But then there was a whole other crew of local musicians and up-and-comers who Gene championed for years. I’m sure they all have better Gene stories than I.  They got to come to the party!

I suppose we all fooled ourselves that Gene would always be there.  He has been in so many ways.  Personally I have long said that without his example I would never have had the type of career I have enjoyed.  But more than that, I have learned so much about music thanks to Gene.