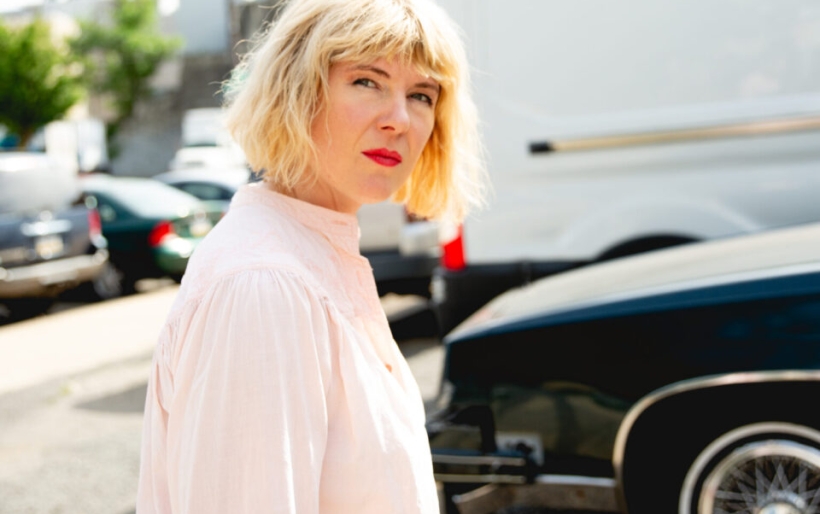 Rosali | photo by Kristie Krause | courtesy of the artist

Local songwriter and musician Rosali released her second album, Trouble Anyway, in 2018. Originally a folk rock tune, the song “I Wanna Know” from the album has gotten an electronic remix, thanks to Hamilton Calhoun.

Hamilton Calhoun is the project of Justin Geller (of Pink Skull and others) and Laris Krēsliņš, who have previously remixed the song “Sniegaviri” by Latvian indie-pop group Martas Asinis and an original track called “Realize” featuring LA producer Painted Face. Rosali’s “I Wanna Know” is their third endeavor.

“I had no idea what to expect when Laris and Justin asked if they could remix the song,” Rosali tells us via email. “It was definitely a strange experience to hear my music reimagined but I really like what they did with the song. They brought it into witch-dance territory. I especially love the glitched out layered vocals and the way the beat locks with Dan Provenzano’s bass riff and how Paul Sukeena’s guitar swells are used.”

The remix is accompanied by video directed by Lionel Pralus that uses footage from the French film Tohu-bohu — the title translates from Hebrew to “a state of chaos; utter confusion.”

“I had met Lionel at a wedding some years ago where they were playing the visuals on loop at the reception,” says Krēsliņš. “I was mesmerized by the piece and always wanted to do something with them or that piece specifically. Even watching it now it entrances me and we felt it worked well with Rosali’s voice.”

The remix is available for Download at Bandcamp, and Rosali is donating proceeds to the North Philadelphia-based SHARE Food Program. “I just wanted to do what I could to help others,” she says. “As a musician, the future is extra uncertain right now, but I am so grateful for what I do have. Donating the proceeds of the remix to a local organization that helps to feed homeless and low income communities, especially children and seniors, felt like the best and most immediate way to help. Philadelphia Share Food Program has been working non-stop during the pandemic to help those need by giving access to nutritional food across the region. They are more than a food bank, they’re community activists and we’re happy to share what we can from this song. “

You can help Rosali support SHARE with a Bandcamp download of the “I Wanna Know” remix; watch the music video below.