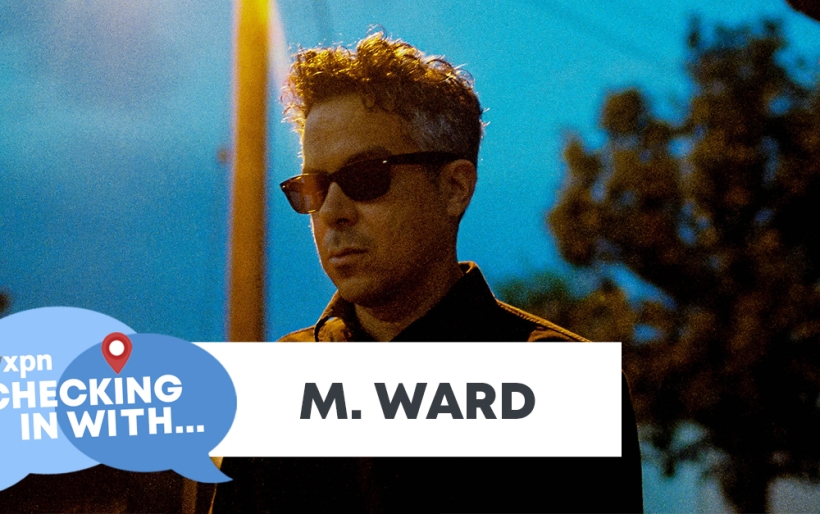 M. Ward | photo by Wrenne Evans | courtesy of the artist

Checking In With… M. Ward

In times of crisis, it’s more important than ever to check in on your friends and loved ones. Here at XPN, we’re Checking In With our extended musical family to see how they’re holding up during the Coronavirus quarantine…and what music has kept them grounded. Today, Dan Reed chats with M. Ward.

When we reached him via phone last month, M. Ward was sequestered in his Los Angeles recording studio, staying productive as much as he could during the forced pandemic downtime, and he tells us of the difference in his hometown after only a few weeks.

“There’s no smog, there’s no traffic, and it’s almost like a different city.”

He and his band lost about six weeks of scheduled touring to promote his new album Migration Stories, out now. “We’re upset about it, but life goes on,” he says “and we’re now just figuring out other ways to promote the record and keep the music rolling.”

In our conversation, M. Ward tells us about recording Migration Stories in Montreal with members of Arcade Fire over six weeks of a very cold winter, and shares some of his favorite music getting him through this current health crisis. Listen below.

Checking In With M Ward

Favorite Song Of All Time: “What’s New” by John Coltrane

“It’s medicine, really. Any time you’re feeling stressed, I invite people to put that on and give it a shot. Breathe in, breathe out. Whatever we’re going through right now is going to pass, and music can help from that perspective.”

Song That Raises Your Spirits: “Once Upon A Time In The West” by Ennio Morricone

“It reminds me of childhood and discovering Ennio Morricone’s music for the first time. And realizing that even if the film is not great, I could sit and listen to a story through music. That was eye-opening for me.”

Song That You’re Most Proud Of Working On: “Unreal City” by M. Ward

“It brings back good memories of these musicians in Montreal that I got to work with, and now we’ll see what’s next.”