Checking In With... Early James - WXPN 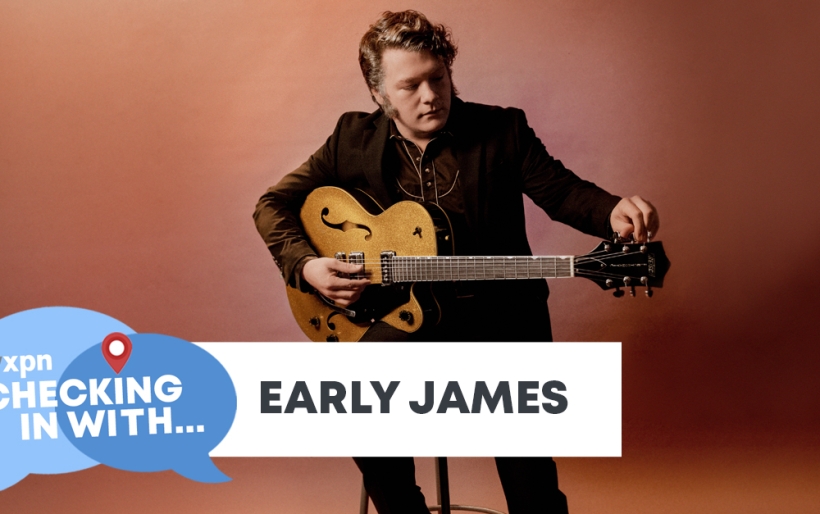 Checking In With… Early James

In times of crisis, it’s more important than ever to check in on your friends and loved ones. Here at XPN, we’re Checking In With our extended musical family to see how they’re holding up during the Coronavirus quarantine…and what music has kept them grounded. Today, Dan Reed chats with Early James.

Early James is XPN’s Artist to Watch for the month of April, and we caught up with him via phone from his home on the south side of Birmingham, Alabama, where he’s been self-quarantining.

“It’s weird, that’s for sure,” James says. “People are luckily taking it pretty seriously here, and we’ve been at the house live streaming. Luckily I live with two other musicians, so we’re keeping each other sane.”

Our conversation touched on his time working with Dan Auerbach on James’ new album Singing For My Supper, and developing a live, organic sound to the recordings. He also talked about the nervousness of live-streaming — “I haven’t been on a stage for so long” — and the song he’s written during the quarantine, “Racing Through A Red Light,” about the public’s response to the health crisis.

Hear all that, plus his picks of favorite songs by Hank Williams and Tom Waits, in the player below.

Checking In With Early James

Favorite Song Of All Time: “I’m So Lonesome I Could Cry” by Hank Williams

My grandparents and father listened to a lot of classic country, my mom listened to a lot of Eagles. I remember HW being the first…you go so long as a kid hearing what’s forced on you, until the day comes when you hear the first thing where you think ’Oh, this is my music.’ Thats’ what Hank Williams was for me. I always liked that one because I think specifically in that time it wasn’t always the coolest thing to be sad or talk poetically, and I think he was quoted as saying that this is the song that people aren’t going to get, his fans. I’ve always respected him about him as a writer.

He’s such a mystery to me. I think he’s like a wellspring of magic to me the way music trull seems magic when I listen to him. It’s an inspiration and a nod to you’re never really out of ideas because every single album every single song is something different from him.

Song That You’re Most Proud Of Working On: “Dishes In The Dark” by Early James

I wrote that when I discovered I could be complete honest with myself and almost a little mean. Making fun of my antics or the dumb things I get myself into. I notice when you use a lot of honesty in your songwriting…that’s a song that a lot of people come up to me after the show and say I appreciated your honesty and I’ve had trouble with alcohol and drugs or whatever. Which is good to talk about other than random stuff after a show. You feel like you actually get to know the person who paid money to see you.