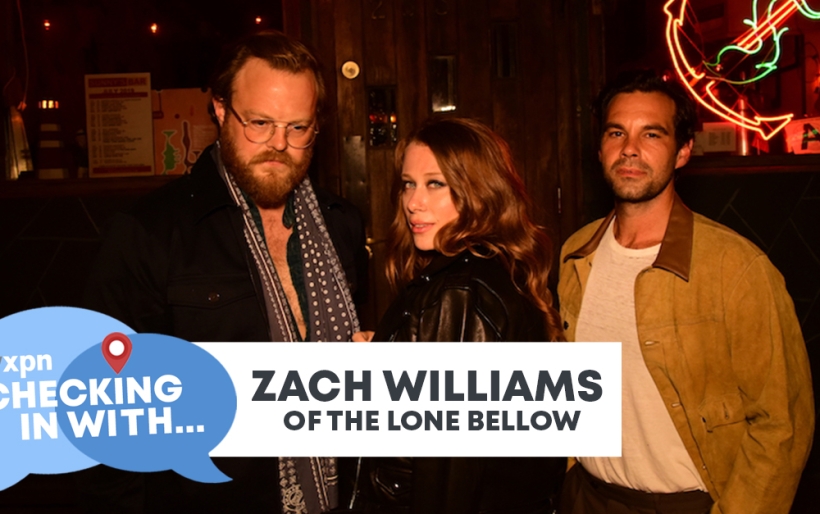 The Lone Bellow | photo courtesy of the artist

Checking In With… Zack Williams of The Lone Bellow

In times of crisis, it’s more important than ever to check in on your friends and loved ones. Here at XPN, we’re Checking In With our extended musical family to see how they’re holding up during the Coronavirus quarantine…and what music has kept them grounded. Today, Dan Reed chats with Zack Williams of The Lone Bellow.

Zack Williams was hanging out in his front yard in East Nashville when we caught up on the phone last month for Checking In. He reflects on the tough time his city has had this year, first getting hit by a natural disaster — “I was on tour [but] the tornado touched down a mile away from my house” — and then by the Coronavirus health crisis.

“The whole place has completely stopped,” he says of day-to-day life his city, but he’s heartened by work he sees folks doing towards recovery. “They’re rebuilding already. It’s beautiful and the community came together in such a massive way, it’s been inspiring watching.”

The Lone Bellow knows that there are stories like this around the country and the world, and has asked fans to send the band “videos of your reality right now” so they could be put together as a music video “to celebrate the little tiny heroic moments going on out there.” Hear us talk about this and his favorite music of all time in the player below.

Checking In With Zack Williams of The Lone Bellow

Favorite Song of All Time: “I Can’t Make You Love Me” by Bonnie Raitt

“It’s got such core emotional fervor to it. And I’ve heard the story about how it was written, and supposedly Mike Reid and the other writer took a break, went outside the building, and saw a couple having an argument across the street. They imagined what they were saying to each other and it just came out. Even before I was trying to be a songwriter, this song always grabbed a hold of me. Boyz II Men did another cover of it, and they added some information, it’s great…you should check it out.”

Song that Raises Your Spirits: “Bruised Orange” by John Prine

“’You can gaze out the window, get mad or get madder, throw your hands in the air.’ I mean, come on. And then if you ever go to his shows, his banter that he says randomly in between the song, is sometimes more poetic than the songs.”

Song You’re Most Proud of Working On: “Enemies” by The Lone Bellow