The Skeleton Key: New music from West Philly Orchestra and Moor Mother, old concerts from Dio and Ruin, an electrifying Black Lily flashback, and so much more! - WXPN | Vinyl At Heart 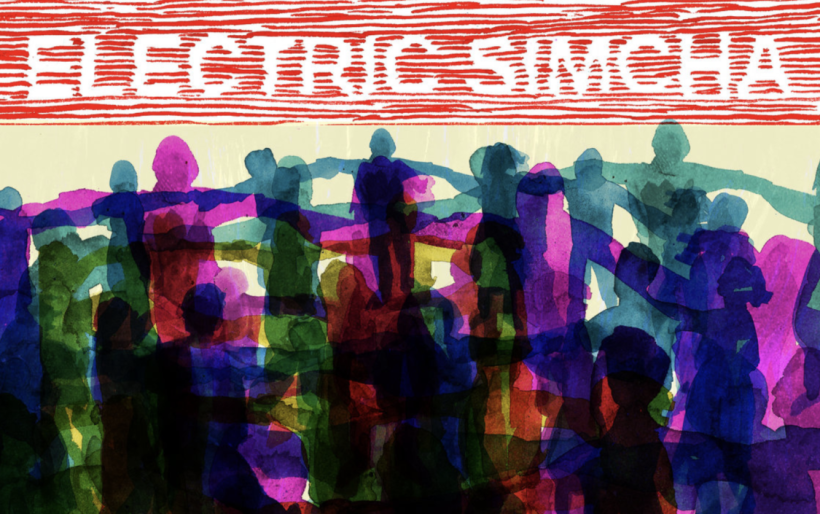 The Skeleton Key: New music from West Philly Orchestra and Moor Mother, old concerts from Dio and Ruin, an electrifying Black Lily flashback, and so much more!

I’ve been trying to not get too meta in this column while still addressing the obvious fact that we’re going on two months of no live music and I can’t imagine that’s going to change for at least another two months if not more. I’ve been very thankful both as a reporter but really as a fan that so many bands have made a big push to do what they can to maintain a presence in our lives, especially when everything else feels so totally in flux.

That brings me to my first point in this first Skeleton Key of May: I hope you all supported local musicians during the Bandcamp sale on the first! If not, you obviously still can – and should – even though we’re back to Bandcamp taking a cut for their own operating costs. As someone who has both written for Bandcamp in the past and has been in a band that has sold stuff via the site, I’m totally okay with that; the site’s next fee-free day will be Friday, June 5th, followed by Saturday, July 3rd.

One of the things that has been making me happy during these times is the number of folks putting stuff up from their archives. There’s something very exciting about being able to revisit something that you haven’t been able to listen to for a decade because, well, it never came out in the first place.

There are two albums digitally released this past week from some crucial West Philly bands that were recorded years upon years ago but never released. While I don’t think Electric Simcha and their rather specific sound – what guitarist Nick Millevoi described as a “Black Flag-meets-Piamenta take on Hasidic wedding music” – have ever been mentioned in the same sentence as the crusty post-punk Aledriver, they were both part of the same basement scene at the same time in the same corner of the city. And now, years after breaking up, they both put previously unheard albums online. You should check them both out.

One of the other cool things that came out on Friday was a new track from West Philly Orchestra. While the 12 piece group is very much a live band – and I’m sure they can’t wait to get back out there – this song really manages to capture that attitude and excitement. If you’ve ever seen WPO play, you know exactly what I’m talking about. In that spirit the band has asked fans to send in clips of them dancing to that new song, entitled “Izagarica” in honor of and in tribute to Magic Gardens’ artist Isaiah Zagar, for a music video they’re putting together.

I don’t know about any of you, but I have been really feeling watching old concert footage recently. That’s not to say that I’d never just sit down and watch all of Dio live at The Spectrum in 1986 while not on day 40 of quarantine – would recommend – but right now it feels extra important to remind myself of the promise of live music.

Although it’s cool to dig into stuff you weren’t there for, like my Dio watching, it feels extra special to revisit shows where you know that you’re somewhere out there in the audience. It’s not just jumping into the memories, though that’s definitely a big chunk of it. This quarantine is definitely going to last for a long time but it’s not going to be permanent. For the sake of our collective mental health it feels important to be thinking positively about the future, whatever it may look like.

With that in mind I watched the Ruin reunion show from Union Transfer in 2013. This was professionally shot by Woodshop Films for a DVD that later came out with the reissue of both the seminal 80’s punk band’s albums and the live shots are interspersed with short interviews from back in the day. It’s one of the coolest documentations of a modern punk show that I’ve seen and I’d say that even if Ruin wasn’t one of my favorite bands and even if I wasn’t bouncing around the crowd the whole time, a giant smile plastered across my face. It is, in a word, perfect.

Ruin also just recently put up a Bandcamp full of unreleased tracks, some from their first go round in the early-to-mid-80s and some from more recent sessions. At their 2016 show there was talk of the band maybe recording a new album so let’s hope that’s still in the cards.

Speaking of Union Transfer and really everything we’ve talked about so far this column, the venue is now selling some shirts designed by Hound’s Perry Shall to raise money to help cover operating costs. Not only are these shirts fantastic – and with the canceled schedule printed on the back, rather sardonic – but the money is going to a great and necessary cause so you should probably pick one up.

Not to be outdone – though this isn’t a competition and you 100% should support both venues – PhilaMOCA announced a fundraising partnership with Vans for a limited edition venue-themed sneaker. How rad is that?!

There are a couple cool livestreams this Wednesday that you should check out. Musica Practica / Elettronica Viva is playing host to a mix of solo electronic performers including Shani Aviram, Matt Engle, Maddie Hewitt, Jesse Kudler, and Peauxboy. That’s under the title Music Lab 001.

A couple hours later as part of the Chicago-based Experimental Sound Studio’s Quarantine Concerts series you can catch Philly locals Harmon Butcher and Manikineter on a really cool lineup that also has folks from as far away as Florida and Ontario. Say what you will about the impersonal nature of internet concerts but I do love being able to see musicians from across the country or even across the world.

I feel like I could have a dedicated section to my column just for all things Moor Mother. But really, Camae has been super, super busy recently and I want to make sure you know about all of it cause it’s all great. So not only did that Moor Jewelry tape drop to rave reviews – remember, you heard it here first! – but she put out a new album of soundscapes called Clepsydra, her jazz band Irreversible Entanglements uploaded a live show from Italy to Bandcamp, and she compiled an amazing playlist for Don Giovanni that stretches from Rahsaan Roland Kirk to Bad Brains to Armand Hammer to The Fall and all the way back around to Alice Coltrane and more.

There’s a lot of other awesome Philly stuff that came out leading up to the Bandcamp Friday. My colleague John Vettese put together a whole radio show and shopper’s guide focusing on recent local releases which you definitely should check out. There are a couple things that didn’t make his list that I wanted to share so let’s run through those pretty quick:

• DeStructos – Blast!: This West Philly guitar and drums two piece is hands down one of the most fun and interesting bands playing right now. They’re funky, they’re catchy, they’re definitely post-punk, and everyone agrees they kinda sound like the B-52s. What more do you need to know?!

• Big Heet – Hiss: Speaking of post-punk, Big Heet hits all the right notes. Hiss is the perfect mix of noisy lo-fi basement scuzz that you want and need right now.

• Secular Fusionists – Draguns x Press: The four songs on this first release from Kyle Press (Impressionist / Love Club) and George Draguns (Don Caballero) are not just great and fun but they’re downright beautiful. The sax and guitar duo have been playing together for a couple years at this point and I’m excited to hear more of them in the future. Long live the Secular Fusionists!

• THE COUNCIL ON AMERICAN REGICIDE – ANGER MANAGEMENT VOLUME 1: Just about everything on the Council On American Regicide’s Bandcamp is in all caps and I don’t want to mislead you by changing that for this review. This is angry, percussion-heavy, free jazz noise recorded in the past month of quarantine and it’s just as cathartic to listen to as it was to make, I’m sure. With songs like “YOUR 401Ks ARE PROPPED UP BY THE BODIES OF DEAD CHILDREN FROM US CONCENTRATION CAMPS ALL THE WAY TO YEMEN, THE CORPSES OF SOLDIERS, INMATES, AND PEOPLE WHO COULDN’T AFFORD INSULIN” how could you do anything but play it loud?

Having to be socially distant from everything and everyone has been really hard for literally every reason but outside of new music or old concert videos one thing that’s been helping has been friends – or strangers! – documenting what they’ve been up to in quarantine. That very much includes artist couple Justin Duerr and Mandy Katz from The Great Cackler and a million other bands and their ongoing “Viral Vlog” series on YouTube, which you should check out immediately.

Alright, we are just about done here. One more livestream happening is on Friday the 8th with the Monthly Fund’s May fundraiser, this one featuring Upholstery, Oldest Sea, and Line On Some Trip. This will be a benefit for Philly Thrive, an environmental justice organization. And of course the next night is the big Erykah Badu versus Jill Scott rap battle on Instagram that’s been hyped for the past couple weeks. Badu is great, a brilliant musician in every way, but you know who we’re going to be rooting for.

Like so much else in my life, I was first turned on to neo soul and acid jazz and all that stuff by a WKDU DJ, in this case the Mama With Da Drama and Lil’ Dave on Sunday afternoons. Even if our scene was dwarfed by what was going on elsewhere, the Philly movement, dominated by folks like Jill Scott and upheld by Black Lily and other organizations, truly felt like the center of this universe for a few years. I just came across this BBC 1 Radio doc about all of that on the Reelblack YouTube page and you should give it a listen.

I’m going to end this with something else from that same account. I’d recommend that documentary but also there’s just a ton of stuff out there about Black Lily, the pioneering group that put on a weekly series at the Five Spot from 2000 to 2005 showcasing women in the Philly music community. There aren’t a ton of high quality full concert videos from back then but I’d really, really suggest you check out this one of Lady Alma playing live with a full band. This is one of the most amazing and electric performances I’ve ever seen and I’m intensely jealous of everyone who was in attendance that night.

Got any tips? Want to tell me about your project? Hit me up on Twitter at @talkofthetizzy. See you in a couple weeks!