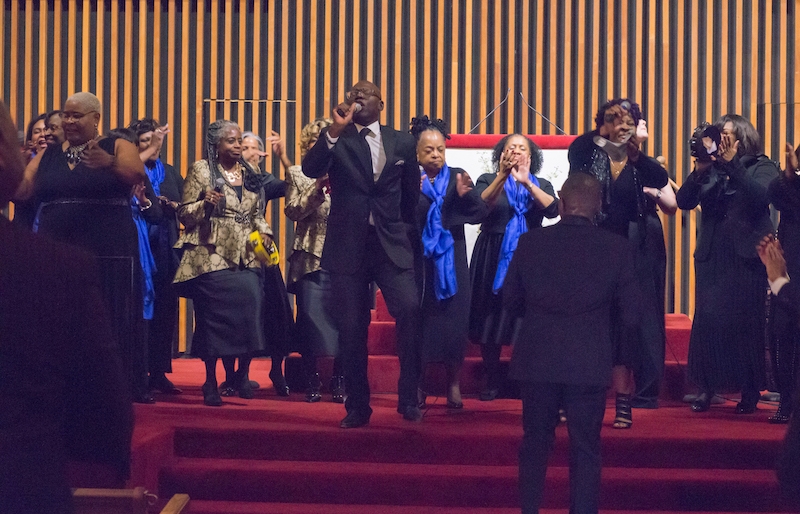 The Gospel Roots of Rock and Soul radio documentary and podcast, produced for WXPN’s Pew Arts & Heritage funded project in 2019, has been nominated for the prestigious Peabody Award.

Gospel Roots was the product of 16 months of interviews with over 50 musicians and gospel historians, the recording of live gospel concerts with The Dixie Hummingbirds, The Fairfield Four, the Blind Boys of Alabama, Fisk Jubilee Singers, and more. The series explores the influence of African American gospel on early rock and R&B music.

In addition to the radio documentary and limited podcast series, a companion website, featuring essays, playlists, and video and audio from concerts featuring The Dixie Hummingbirds, the Fairfield Four, The McCrary Sisters, the Saint Thomas Gospel Choir, and performances at the Bright Hope Baptist Church and the First Unitarian Church in Philadelphia.

GOSPEL ROOTS OF ROCK AND SOUL has been supported by The Pew Center for Arts & Heritage.