The "unity” in the community keeps Philly's DJ culture rich. Here are five dope mixes to enjoy during quarantine - WXPN 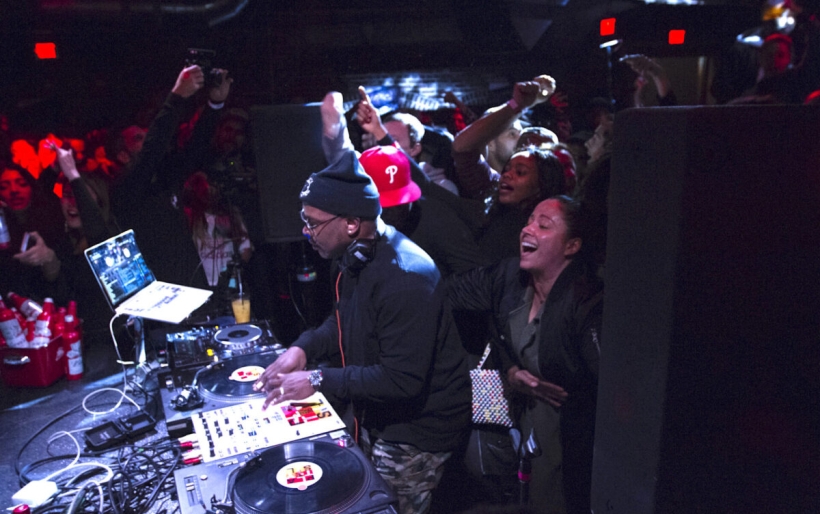 The “unity” in the community keeps Philly’s DJ culture rich. Here are five dope mixes to enjoy during quarantine

To say that the year 2020 is off to a difficult start would be an understatement.

Natural disasters. Public health crises. And just when you think things can’t get any worse, we were hit this weekend the tragic news of the passing of Uptown Records founder Andre Harrell, the architect of rock and roll Little Richard, and soul singer Betty Wright.

Our 2020 vision has probably been clouded because of our anxiety about the unknown future; however, music seems to be the constant relief from it all. Legendary hip hop DJ D-Nice proved that theory to be true early on during the pandemic with the opening of Club Quarantine on March 21st. According to Vibe magazine, the 10-hour Instagram Live dance party ended up acquiring over 100k views, gaining attention from celebrities such as Michelle Obama, Oprah, Stevie Wonder, Janet Jackson, Steph Curry, Diddy, Will Smith, Ellen DeGeneres, Bruno Mars, Queen Latifah, and many more.

Club Quarantine served as a reminder of how important the DJ is to hip hop culture and the way music makes us feel. They are the ones you trust with the aux cord because of their proven ability to manipulate moods by mixing and scratching music together. That feeling is something the city of Philadelphia has had the pleasure of experiencing for many decades.

The City of Brotherly Love’s rich culture in the arts includes disc jockeys who have the power to change the crowd’s temperament with each transition into another song. This talent behind a turntable has made names like DJ Jazzy Jeff, DJ Cash Money, DJ Cosmo Baker, Rich Medina, and Questlove get heard throughout the city and beyond. However, it’s the strength of the DJ community in Philly that continues to find ways to distract the citizens from their worries of the week.

I had a tearful moment this morning after realizing that we all came together as a global community and danced while I played music in my living room. It was beautiful to experience and I’m truly humbled by the amount of love I’ve received. Thank you to everyone that supported me on this journey. Let’s continue to uplift each other as we get thru this dark time. #gratitude �ɏ�Ͻ�ɏ�Ͻ�ɏ�Ͻ #DNiceHomeSchool #ClubQuarantine • art by @chuckstyless

The DJs were the ones who created playlists before they became popular on digital streaming platforms. They’ve always been responsible for being creative with their song selection and careful with their transitions that allow these tunes to curate a vibe for their listeners. Back in the day in Philly, you could’ve just turned the radio on to Power 99 or 100.3 The Beat and hear guys like Doc B or DJ Touch Tone setting the mood in the afternoon or evening drive.

The mixes also introduced listeners to new music. For instance, on a Friday night you would get your blank tapes ready to record the hottest freestyle played on Cosmic Kev’s Street Banger. The city could rely on mixes from DJ Diamond Kuts and DJ Damage to get them ready to hit the club on the weekends, especially when club music became a popular genre in the tri-state area. While these turntable titans were dominating Philly’s airwaves and even night clubs, the current DJ community would be sharpening their skills during their college years.

#TBT to when @cosmobaker and I did our B2B set at Philly’s 1st (and I think only?) @boilerroomtv �L�Ͻ #LawsLairRadio is every Thursday night on my IG Live at 8pmEST. Also, Cosmo’s bringing #TheRemedy to you on IG/FB Live every Monday night at 7pmEST. Come live in the music with us ✨✨✨

My appreciation for this generation of Philly based DJs comes from watching a lot of them grow. I was lucky enough to meet many of them going to Temple University; so whether it was at the Liacouras Walk, Patterson’s Palace, or a block party on Susquehanna Ave, you could always find DJs like DJ Damage, Bobby Flowers fka DJ Lean Wit It, DJ Sylo, DJ Taaj, or DJ Hvnlee setting the tone for college kids like myself to have a good time.

Even outside of college, great young DJs making a name for themselves — like Matthew Law and DJ Mike Lowry, who were entertaining for young adults who just turned 21 and getting ready to experience their first taste of the nightlife. On a good night, you could find Gianni Lee rocking out at The Blockley or Sammy Slice getting busy at The Barbary. It was crazy to see these guys do their thing back then but it’s even crazier to see them transcend from being a big part of the college party scene to actually becoming the city’s nightlife scene. Many of the DJs I met in my early 20s have since then worked to make a name for themselves in Philly this very day, but many new additions have been added to this collection.

There is a little friendly competition in the city’s DJ community that makes each spin master want to sharpen their skills, but it never turns into a poisonous gas called envy. For instance, Sean MC has been a reliable source of assistance to DJs like DJ Damage and DJ Taaj. Mr. Sonny James fka DJ Statik has opened for doors for guys like Bobby Flowers and Matthew Law by creating a DJ / Production crew called Illvibe Collective.

On the outside looking in, it seems that a lot of the DJs in Philly would rather join forces instead of competing against one another, and that assumption seems to be true according to both DJ AMH and DJ HBK. Both believe that the DJ community is way friendlier than it was in the past; this type of atmosphere makes it easy for everyone to succeed and collaborate with one another to create events that leave good memories of the night. The two of them actually come together to play some of their favorite r&b songs at their quarterly party U+ME+RNB. Go to Silk City and you’ll see DJ AMH and Bobby Flowers team up and play the hottest reggae, dancehall, and afrobeat tunes at their monthly party Issa Whine.

Whether it was at Kungfu Neck or Warehouse on Watts fka 923, Matthew Law has opened his doors to his peers like Rebel Foster to spin at his popular party Friends & Fam for the past seven years. Dope women are carving out space for themselves in the DJ scene, like Killsing and DJ NA$H, who were featured at DJ Hvnlee’s monthly party Honey. Temple alumni DJ Taaj and Kingspy have collaborated to create popular events such as The Neptune Sound and All Love Block Party.

On a breezy sunny day, you could probably find DJ Royale setting the vibe at Marathon during the city’s annual summer happy hour Sips. In West Philly, you could see folks like DJ Aura and John Morrison adding all types of spices behind a turntable at Ethiopian restaurant Dahlak. DJs like Don Scott create a reputation for setting the mood at the right temperature at events like In Art We Trust and Smorefest. Nowadays you can hear both DJ Aye Boogie and DJ Caution spinning on Boom 103.9 preparing listeners in the tri-state area for a well deserved weekend.

The tight-knit connection the DJs in Philly have built continuously opened doors to DJs on the rise like DJ Next and D Is For Darius, who make their voices heard spinning behind tables. The variety of DJs in the city allows marketing agency Little Giant Creative to throw successful events in the city like Heineken Green Room, and Party For The Park. A lot of venues and events in the city have benefitted from the strength of the current DJ community and the one thing you can expect while hearing them spin is to be entranced by their mixes, making some of the everyday worries and anxieties seem obsolete.

V-Day Recaps! W/ @djhvnlee x @killsing || More OTW! Special Thanks To Our Friends At @truly For Featuring Their New Lemonade Seltzer! We’re Back 3/13 At @dolphinphilly! �÷: @joeys_definition

I’ve had the opportunity to connect with a variety of DJs in the city, but a common theme shared among them is their satisfaction knowing they are bringing joy to someone else through their chosen art form. It’s a rewarding feeling for them to know that four hours of orchestrating a mix that is a high that can take you away from any of your problems for the night. Music has a way of altering moods and DJs compose sets that affect their crowds in a positive way. The compliments they get are just assurance that it worked. While social distancing has put a halt on all of them enjoying that satisfaction feeling in person, many of them have followed Club Quarantine’s blueprint and have taken their talents to Instagram Live. A lot of them have also prepared mixes on SoundCloud and MixCloud for their beloved Philadelphia fans to enjoy themselves. Below are five dope mixes that can be used for any occasion.