Checking In With... Pete Donnelly - WXPN | Vinyl At Heart 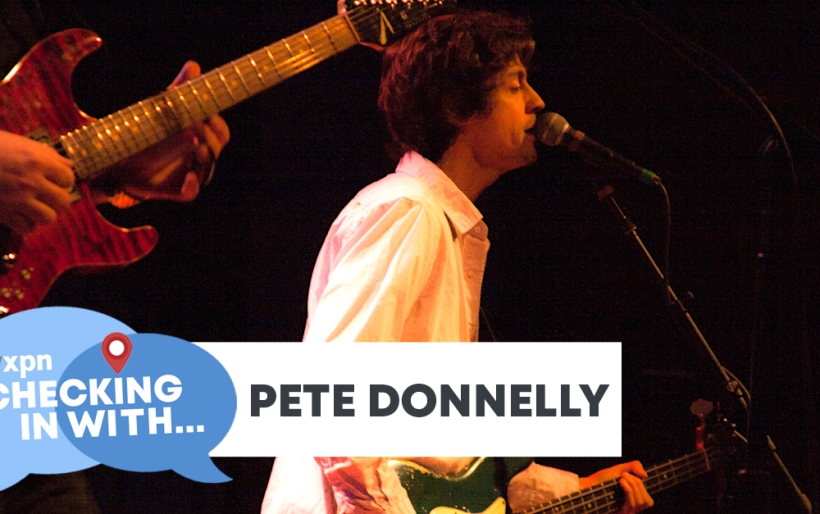 Checking In With… Pete Donnelly

In times of crisis, it’s more important than ever to check in on your friends and loved ones. Here at XPN, we’re Checking In With our extended musical family to see how they’re holding up during the Coronavirus quarantine…and what music has kept them grounded. Today, Dan Reed chats with David Bromberg.

Singer-songwriter Pete Donnelly gave us a ring from his West Chester, New York home, where he’s lived for almost a year for today’s Checking In spotlight, and he tells us about his first-hand look at watching the public health crisis unfold.

“Even the school at the top of the hill, a family member of someone in that school had one of the first cases” Donnelly says. “Everybody was trying to make sense of it and then And then it just hit, everything shut down. “

In our conversation, Donnelly tells us about the learning curve of homeschooling his kids. “I feel like I’m back in school when I’m trying to get through the homeschooling,” he says. “I have the same reaction as if I’m the student.”

We also talk about songwriting and using his home studio during quarantine, we talk about listening to vinyl on his stereo setup, and feeling like a hermit when he’s not out playing. He also reflects on keeping his band The Figgs, which he co-founded as a teenager, together over the decades. All that plus song picks and more in the player below.

Checking In With Pete Donnelly

Favorite Song of All Time: “Help!” by The Beatles

“I keep coming back to my that as favorite album, and my favorite song. It’s pretty much up there with the greatest song of all time, I think. That mid period Beatles, people talk about Rubber Soul and Revolver a lot, but I just love Help!”

Song that Raises Your Spirits: “Listen Here” by Eddie Harris

“I’m the youngest of four siblings, two brothers, and we were really into punk, hard rock, metal…and I think I had to find my own niche. Jazz appealed to me, my dad listened to jazz radio, and me being a bass player, he always pointed out the bass part, since it carries the band a lot. I was never into the virtuosity of it, I just liked the energy, and then I discovered Eddie Harris when I first started touring in my late teens and early twenties. And it was more like vamp jazz than bebop or something funky, and it was something I liked. And you know the Beastie Boys lyric, ‘plug me in just like I was Eddie Harris’? He was the electric sax guy, and people took it as a novelty, but he was a monster at the boogie. I love the boogie. And this song is like a big warm hug.”

Song You’re Most Proud of Working On: “Original Wonder” by Pete Donnelly

“I feel like this song really satisfies a lot of things I love about writing music. The spontaneity, the freedom, there’s jazz and swing in it, pop and elevation. I don’t know if it’s one of my best songs or not, but it’s a song I really like listening to, and it’s kind of an example of the impressionistic pop I like.”