Checking In With... Marcus King - WXPN 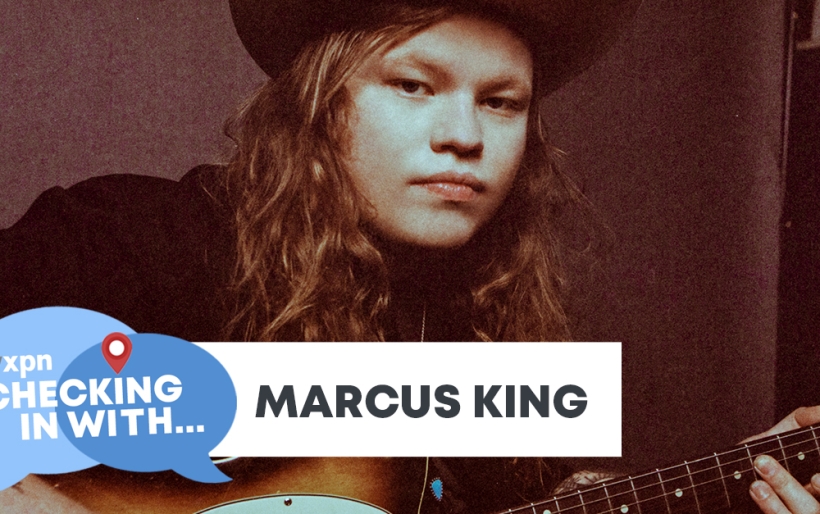 Marcus King | Photo by Alysse Gafkjen / Courtesy of the artist

Checking In With… Marcus King

In times of crisis, it’s more important than ever to check in on your friends and loved ones. Here at XPN, we’re Checking In With our extended musical family to see how they’re holding up during the Coronavirus quarantine…and what music has kept them grounded. Today, Dan Reed chats with Marcus King.

“It’s been one thing after the next,” said Marcus King when we reached him at his home in Nashville for our Checking In chat. Though he talked about how he’s creatively weathering the storm of COVID-19, we also talked a lot about his roots in the music scene of the Carolinas, about working with Dan Auerbach on his new album El Dorado, and the positive work ethic he took from it. “It’s still fun, too,” King says. “It doesn’t have to be ‘work,’ but you can get a lot of work done.”

Hear all that plus his music picks in the player below.

Checking In With Marcus King

Favorite Song of All Time: “I Just Wasn’t Made For These Times” by The Beach Boys

“It’s something that always resonated with me. Since I was a kid, I enjoyed the time and company I shared with my father or my grandfather. I felt more of a kindred spirit with them, and when I went over friends’ houses, I’d often times spend hours playing rummy with their parents and having conversations with them. I felt a little generationally in the wrong place.”

Song that Raises Your Spirits: “Expecting To Fly” by Buffalo Springfield

“Neil Young is one of those cats who has almost reinvented himself a few times but he’s always maintained his essence as an artist, and has always been true to the craft. With this song, you can really feel that, in my opinion you can hear that. This song I always turn to it in a lot of down times.”

Song You’re Most Proud of Working On: “Goodbye Carolina” by The Marcus King Band

“We’re in the middle of a pandemic, a pandemic that musicians have been seeing for a good many years. We’ve been losing a lot of good ones due to mental illness, and we’ve been losing people for no good reason. I wrote this from the perspective of a friend of ours that didn’t make it through his battle with mental health. I wrote this from his perspective and it was the same time I was moving from South Carolina to Tennessee, and how strange that felt. It’s almost like a breakup song form your hometown but it’s also from perspective from our friend Matt Reynolds, we called him Curfew. It’s one of the heaviest tunes for me.”