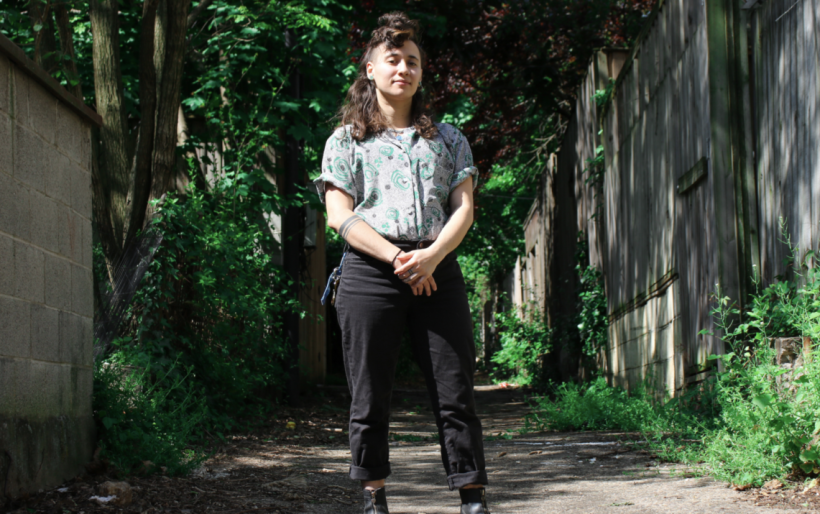 AllegrA | photo by Roxanne Drip | courtesy of the artist

Creating from Quarantine: How Philly’s performers, promoters, and DJs have adapted post-COVID

For the last few months, many of us have been gripped by anxiety, our daily lives coming to a shuttering halt in the wake of COVID-19. Isolation has left us feeling lonely, separated from friends and family, spiraling into a panic while reading apocalyptic headlines. Many have taken to online platforms such as Zoom to keep in touch and find human connection. There is a new type of hero in society, essential workers who put their lives at risk every day– medical personnel, cashiers, delivery people, transit operators– to name a few. Over 22 million Americans have filed for unemployment since the crises began, and small businesses are suffering deep losses with no clear end to the pandemic in sight.

Sometimes the universe gives us exactly what we need– a challenge, a chance to grow, or a moment of rest. One of the silver linings of being in isolation is that, for artists and creatives, it has allowed space and time for reflection and productivity, spurring individual and collaborative projects. Musicians and promoters have had to adapt to their professions going entirely virtual, adjusting their ideas of what it means to be a performer or creator.

For songwriter Allegra Eidinger, touring and performing at venues was a major source of their income and success as a musician. They were in the middle of a tour with Adult Mom when the pandemic hit, and the band was forced to cancel their shows. Eidinger’s new song as AllegrA “when i come home” describes the fear they felt on the cross-country journey home.

“The trip home felt so scary and uncertain because we had just played a bunch of packed shows. We were stopping at gas stations and rest stops for days on end just wondering, am I carrying this thing with me across the country? Are we all carrying this thing?”

The lyrics of the song articulate the suffocating dread that has been felt collectively. Eidinger predicts that there will be a great deal of music and art released about the experience of isolation. They have been working on some new songs, but ultimately have taken quarantine as a sign to slow down and be gentle to their self.

“Back in September I was in an accident, I was hit by an ambulance and I broke my leg. So I was already like in quarantine for a while. Going on tour I was like, this is my coming back. I’ve worked so hard for my leg to return to strength after physical therapy. The universe was like, nope, you just have to stay home.”

Some performers, such as DJ Matthew Law, have moved their shows online through livestreams. Law has created a weekly radio show called Law’s Lair Radio, which streams Thursdays at 8 p.m. on Twitch. The show mixes funk, hip-hop, house, and jazz, showcasing Law’s personal music taste, and offering an alternative to his typical club set. One of the biggest challenges in transitioning to online shows, he tells us, is the lack of a physical audience.

“A huge part of being a good DJ is looking out into the crowd and seeing how people are reacting, and creating that conversation. Instead of seeing people move with their bodies, they’re just typing. It’s a different type of exchange.”

Law explained that when DJing in a club setting, you have to make concessions– playing what the crowd wants to hear, even if it’s not necessarily the music that you like. Being able to cater to his audience in a specific city may dictate the mood or direction of a set. With his radio show, Law has been able to exercise more creative control.

“With livestreams, you’re bringing people into your home. As an artist, this is the perfect time to show people your most genuine self. Being able to have that courage and confidence –  where there’s not a bunch of people with their arms folded until you play Drake – allows for true creative freedom.”

For performer Kat Bohn of local alt-rock group Resilient, the challenge of isolation has been in playing music alone, without anyone else to engage with. She has driven herself to delve inward and feel comfortable with confronting her inner voices. She recounts a jam session, not with people, but with the birds outside her window:

“The biggest change for me is not having someone to bounce off musically, having a musical conversation is a lot of fun. There was this super loud bird outside my window for about a week, so I said, ‘Okay, buddy, fine – let’s jam.’ And I stuck my condenser mic up in my window, ran the cable to my living room popped my headphones on and just jammed along with this bird.”

Events such as BrainFest have managed to transition to an online platform, bringing people together for a single cause. BrainFest began in 2013 after founder Erin Fox underwent a surgery to remove a rare brain tumor. In partnership with the American Brain Tumor Association, BrainFest raises funds and awareness for the treatment of brain tumors. The fest typically features games, panels, art and live music. This year, it will consist of musical performances via Facebook Live (May 30th at 5 p.m.). Fox talked about what it has been like to navigate the differences between hosting an online vs. in-person show:

“The biggest difference is in the energy. I’m used to some audience banter or being able to read the room. It’s not the same when you’re trying to quickly read the comments because there’s that delay as they come in and when people see the stream. So that instantaneous and simultaneous connection you can all share in is missing.”

The music landscape has also changed for show promoters, whose mission involved bringing groups of people together, something that has become impossible for the foreseeable future. Local DIY promoters Home Outgrown Presents have adapted by increasing their social media output. They started a livestream series called HOPtv, where once a week artists play a set over Instagram live. Mel Grinberg, co-owner and production manager, expressed that she wanted to give people something to look forward to that could be as close to a live music experience as possible. She is cautious about expectations for hosting in-person shows again.

It’s not hard to imagine that people will be wearing masks and keeping physical distance when public spaces reopen, and we may never feel fully relaxed standing in a crowd. There has been a shift in what we decide is valuable, on both an personal and societal level. We are learning to be compassionate to our neighbors and think about the impact of our individual actions. We are learning how to sacrifice to survive.

Grinberg commented: “Right now, if you’re safe and healthy and have access to resources you’re lucky. For a lot of us, our view of what’s important has changed forever. Music is so important, don’t get me wrong, but we’re not curing disease. When so much of our identity as professionals is taken away because we physically aren’t allowed to be there, it shows you that there are other things to advocate for.”