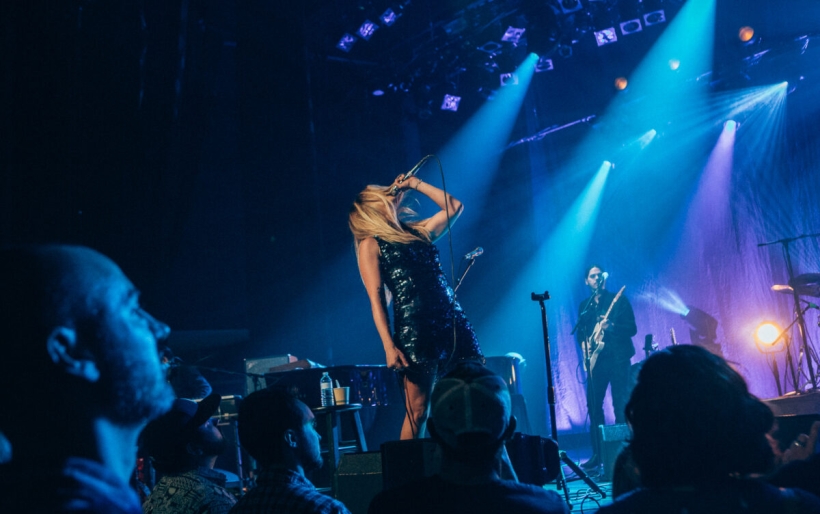 Margo Price | photo by Chris Phelps | courtesy of the artist

Two years ago, rising country-rock star Margo Price was in the first leg of touring behind her sophomore album, All American Made, and it took her to Nashville’s Ryman Auditorium for her first headlining gigs at the legendary venue.

Those shows featured a star-studded array of guest performances, were recorded for posterity, and have been released this week on Bandcamp as the live album Perfectly Imperfect at The Ryman. Proceeds go to the MusiCares COVID-19 Relief Fund, and in a press release, Price speaks of the immediacy of the set, which featured her usual multifaceted approach: playing guitar, piano, drums, and carrying the show on lead vocals throughout. “The recordings are rough and the performances are raw,” Price says. “But there was a magic there and the band was on fire. We played unreleased songs, alternative album versions and had lots of special guests. I hope it moves you.”

Among those guests include country music hero Emmylou Harris on “Wild Women,” plus Sturgill Simpson joining the band for a cover of Rodney Crowell’s “Ain’t Livin Long Like This,” and Jack White dueting with Price on a cover of The White Stripes’ “Honey, We Can’t Afford to Look This Cheap.”

On Perfectly Imperfect At The Ryman, Price is backed by her bandmates Jeremy Ivey on guitar and harmonica, Jamie Davis on guitar, Micah Hulscher on keys, Luke Schneider on pedal steel, Kevin Black on bass, and Dillon Napier on drums. She’s also joined by a string trio of cellist Larissa Maestro, and violin players Eleonore Denig and Kristin Weber; as well as Gale Mayes’ Nashville Friends Choir.

Listen to the album below, and grab a download to support MusiCares at Bandcamp.