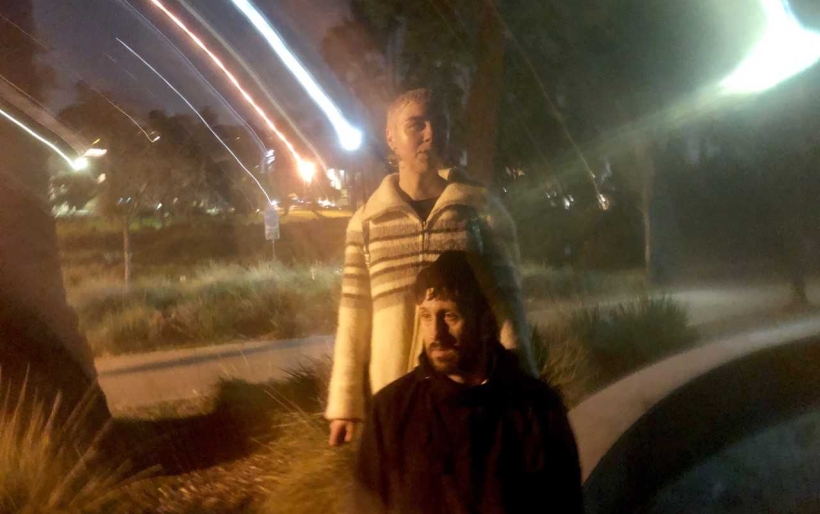 Lovelorn | courtesy of the artist

Though dark electropop duo Lovelorn has long been floating in our scopes here in Philly, since even before Pat and Anna Troxell’s old band Creepoid parted ways, for the rest of the world they’re still a relatively new project.

Their Deep Breaths EP, out today via Richmond label 6131 Records, is their first official project-length release, and is bathed in slow, slippery synthesizer minimalism and deep, unsteady tones that perfectly channel the isolation and existential dread of post-Coronavirus life.

When the pandemic touched down stateside in March, Lovelorn was in the middle of a U.S. tour. Eager to hit many parts of the country for the first time, and nervous about dropping out on commitments, they pressed on as far as they could go, until several nights of shows called off and an upended calendar ahead forced them to turn around.

“Driving 30 hours straight home from a canceled tour due to a worldwide pandemic is something else,” Pat Troxell tells Revolver Mag, which today premiered a new music video for “I-10” made post-quarantine that captures the delirium and fear the band felt on the long haul home. “It’s dark times and we only have each other. Our close friend, Tyler Hallett, made this video to help with our reaction towards the current situation.”

Watch the “I-10” video and listen to Deep Breaths below.