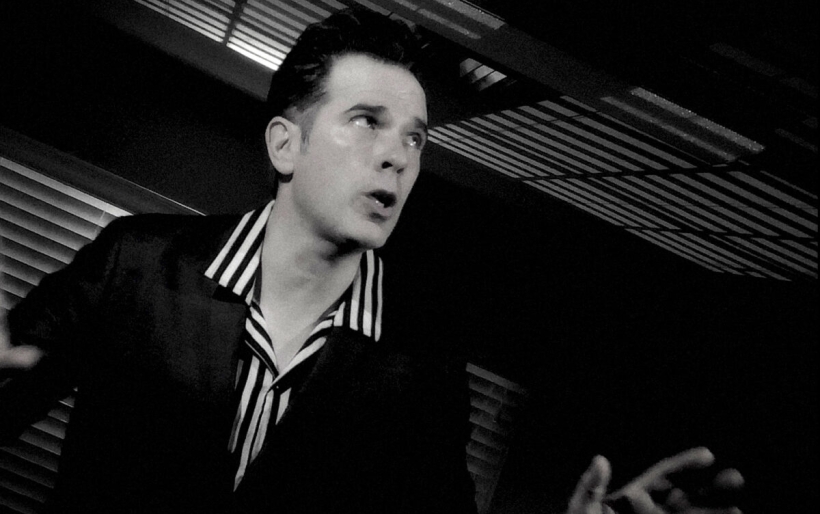 Philly-based singer-songwriter Mighty Joe Castro would fit right in at the Twin Peaks roadhouse. His retro-rock stylings channel the uneasy underbelly of 1950s American life; think equal parts film noir and Chris Isaak’s “Baby Did A Bad Bad Thing,” a vibe that perfectly coalesces in his new music video for “There Are No Secrets Here.”

Shot it quarantine with an iPhone and three flashlights, and cut alongside public domain footage of 1957’s Dementia / Daughter of Horror and 1962’s Carnival of Souls, the video is equally haunting and playful, with Castro taking obvious delight in role-playing while also embracing a role that’s decidedly sinister.

Of the production, Castro tells us “I really prefer working with limitations. It keeps you focused and forces you to get creative, where an unlimited amount of options can be a hard river to cross.”

The song will be featured on Mighty Joe Castro and The Gravamen’s debut LP, Come On Angels!, which releases July 31st and can be pre-ordered on vinyl and on CD. Watch the “There Are No Secrets Here” video below.