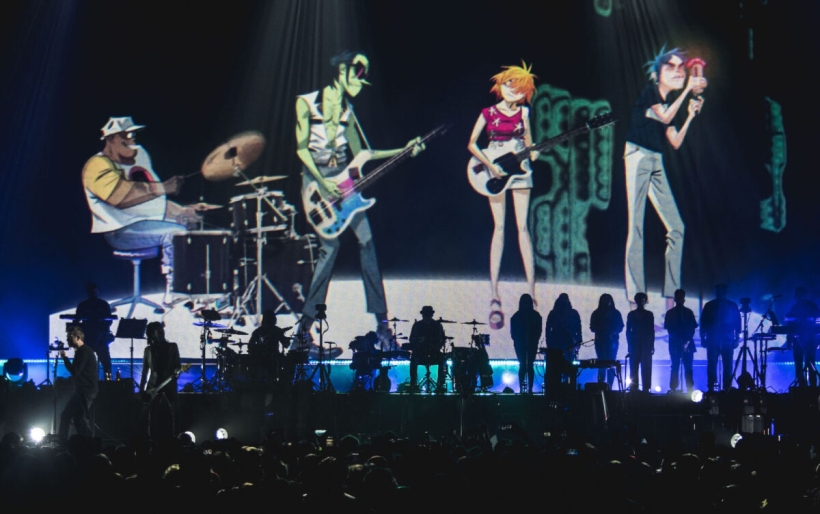 The famous virtual band Gorillaz is set to release the Gorillaz ALMANAC this fall as part of a partnership with Z2 Comics.

Gorillaz was created in 1998 by musician Damon Albarn, of the Brit rock band Blur, and visual artist Jamie Hewlett. The virtual band is made up of four cartoon members: singer 2D, bassist Murdoc Niccals, guitarist Noodle, and drummer Russel Hobbs. Last December, they released the documentary Reject False Icons, and are in the midst of the Song Machine project, which sees the band collaborate with various artists for a series of singles and cartoons over the course of 2020.

Z2 Comics has made a name for itself producing graphic novels in conjunction with other musical artists, such as Apocrypha: The Legend of BABYMETAL, Eden: A Skillet Graphic Novel, and Dance Gavin Dance: Robot’s Tale.

The standard edition of the Gorillaz ALMANAC comes with the hardcover graphic novel and a CD of Season One of Song Machine. The deluxe edition comes with not only the signatures of the virtual band members, but four art prints and a sticker sheet. The super deluxe edition, which has already sold out in pre-order, adds an art piece signed by Jamie Hewlett.

Gorillaz ALMANAC is available for pre-order here and is expected to ship in October 2020. Listen to “Aries,” the most recent Song Machine release, below.