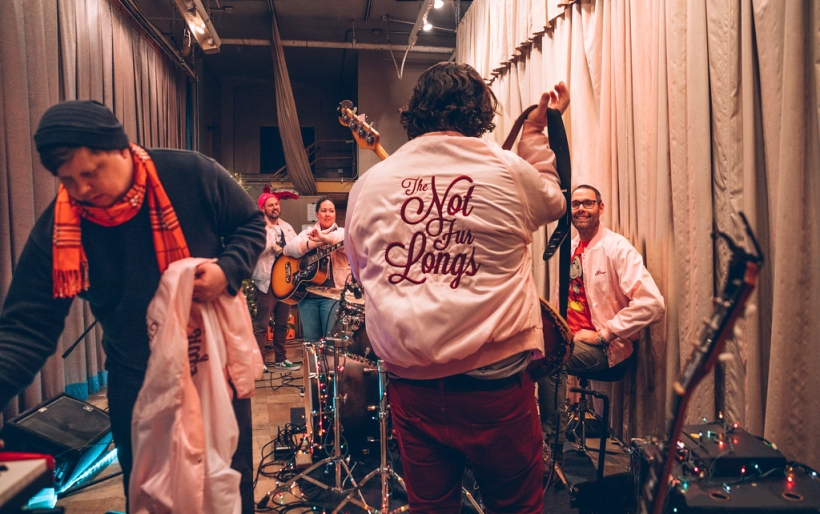 The Not Fur Longs | photo courtesy of the artist

Listen to The Not Fur Longs’ “Sore Loser” from upcoming EP

South Jersey indie rockers The Not Fur Longs are due to release a 3-song EP on June 1. In advance of the EP, WXPN is premiering their newest track, “Sore Loser.”

The band most recently appeared on the latest volume of Arbor Christmas, performing the track “Say It Ain’t Snow (Where Is My Pine?)”. Band member Brian Mietz is also a member of Cabana Wear, who released the Cape Weather EP earlier this month, and his solo cassette Panzarotti was released in March. The Not Fur Longs recorded this new EP at the Gradwell House in Haddon Heights, NJ, a centerpiece of the South Jersey indie scene.

“Sore Loser” is a soft indie tune perfect for summer. Singer Brooke McAleer’s charming soprano voice is supplemented first by gentle acoustic strumming before the drums and bass kick in, and the whole song is rooted around a synth riff perfect for idly whistling to oneself while walking down the street. The lyrics tell about the latest in a series of failed relationships, with McAleer lamenting, “I literally spent thirty years with the same wish / Kissed a million frogs but not once turned into a prince.”

Listen to “Sore Loser” below.