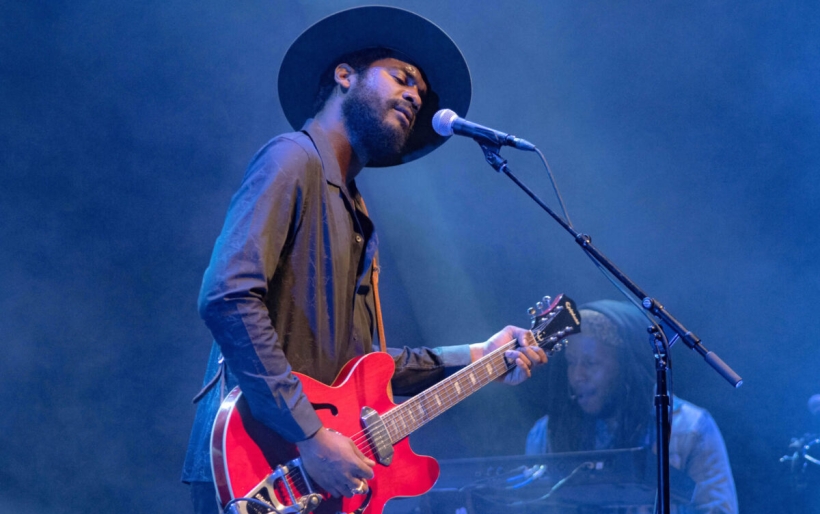 Blues rock musician Gary Clark Jr. took to Instagram on Tuesday to share his grief and frustration on the recent deaths of George Floyd, Breonna Taylor, Ahmaud Arbery, and others. The nine-and-a-half minute video, captioned just “Thoughts,” simply shows Clark speaking directly to the camera about his own experiences with institutionalized racism.

“I’ve been quiet a few days,” Clark begins after a few moments of pensive silence, “because I don’t know what to say. I’ve been thinking everything, but I’m tired. I don’t have any more words.” The rest of the video is similarly punctuated by long pauses as Clark tries to articulate his thoughts and feelings.

He delves into his own experiences, saying, “I feel like every time I walk out of my goddamn house, I could die today. I’m a six-foot-four black man. I’m probably some of y’all’s worst nightmare. If you didn’t know me, I’ve seen you walk across the street at night while I’m standing out front of my hotel smoking. I seen you clutch your shit on the subway.” He goes on to talk about his Texas upbringing, surrounded by those who “wear camo and love guns way too much but don’t hunt,” or who “always want to complain, call the cops on somebody, doesn’t want to be racist.” He tells his viewers, “I need y’all to talk to y’all’s people … What do you gotta lose? … Why don’t y’all stand up to those people?”

In particular, he calls out those who enjoy the music of Black artists but have done little for those who were killed. “I know that some of you right now are sitting around and jamming to Jimi Hendrix or Kendrick Lamar and Robert Johnson … Y’all appreciate us when we’re high and mighty and superstars, but when we need help, you got nothing?” Clark is vocal in his appreciation for those who have provided aid, but tells others that “You don’t get to eat off of us and then leave us to die, or just leave us some scraps.” He repeats the same message as before: “Talk to your people and raise your children up.”

Last year, Clark released his third studio album, This Land, with a title inspired by Woody Guthrie’s “This Land Is Your Land.” Speaking to American Songwriter about the title track of the album, Clark said, “I’m 34 years old now and I’ve seen enough, and I’ve just had enough. I spent my whole life being black in Texas, and [you experience] blatant and subtle and abrasive discrimination.”

Clark is scheduled to appear as part of Let’s Stay in Together, a free virtual benefit to support Harlem’s historic Apollo Theater. The benefit was originally scheduled for June 2, but was moved to June 4 as part of Black Out Tuesday. When announcing the new date, the Apollo said, “This is only a pause, because the movement for racial justice doesn’t stop. Neither do we.” Clark, Dionne Warwick, Kool & the Gang, and other artists will perform at 7:30pm ET (4:30pm PT) on Thursday, June 4.