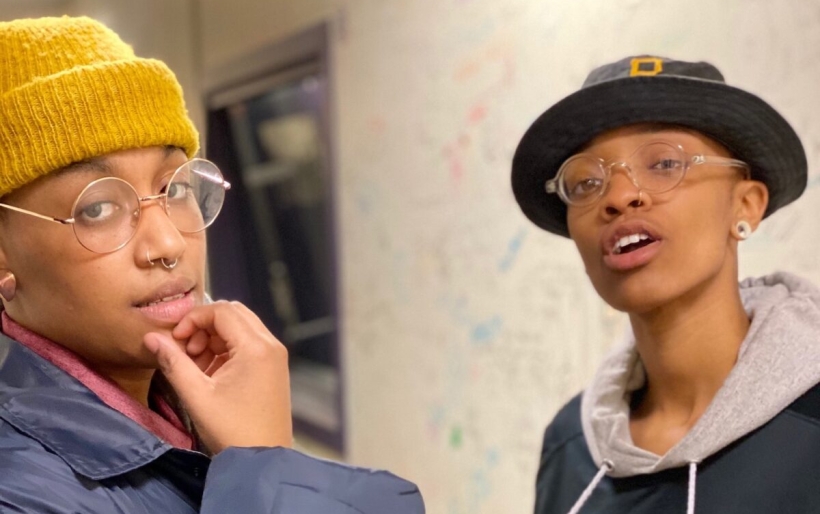 The last time we saw Jacqueline Constance and Joie Kathos together, they performed a warm, meditative song called “Running.”

What set this song apart from other similar R&B/neo-soul tracks was its production: lurking underneath the duo’s beautiful vocals rumbled a dark, industrial beat. Perhaps they sampled gears grinding together, or metal scraping on concrete – either way, it was simultaneously unique, beautiful, and harsh. It stood in stark contrast to the duo’s name, GentleJawns, and their tender, expressive vocal timbres.

On the duo’s debut project, GentleJawns Vol. 1, Constance and Kathos have fully leaned in to their extraordinary beat-making skills, delivering a purely instrumental mixtape that stands in sharp contrast to the production on “Running.” The beats here fully pull from the duo’s name, and can be summed up in one word: gentle.

Take, for example, “You’re A Star.” It opens with a soft synth arpeggio, eventually joined by a meandering drum machine and woozy bass stabs. It is definitively a hip-hop/soul instrumental, yet it feels soothing, calming, and laid-back. The Gentle Jawns’ ability to utilize a broad palette of sounds and styles, while still maintaining an incredibly chill atmosphere, is relaxing yet intriguing. The beats oscillate between making you lay back and close your eyes for one loop and lean forward and stank face the next.

Listen to The Key’s episode of “Checking In With… Jacqueline Constance” here. Purchase GentleJawn’s debut mixtape, GentleJawns Vol. 1here, and stream it below.