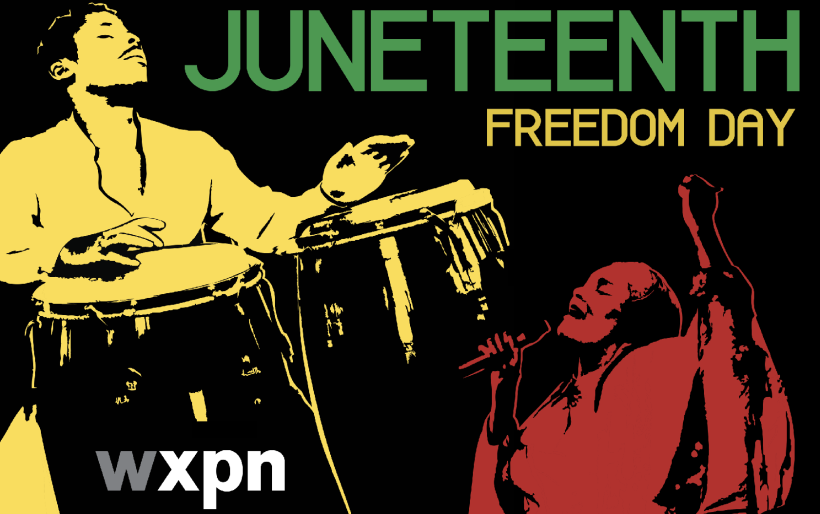 This Friday, WXPN will be hosting a special day of programming that celebrates Black music and Black culture for Juneteenth, a holiday commemorating the end of slavery in the United States. This Juneteenth special will run throughout the day, beginning at 6 a.m. and running to 11p.m., and will feature music, interviews, and documentaries.

Musical programming includes a Motown Mixtape on the Morning Show, Raphael Saadiq on the Free At Noon encore, an interview with Gary Clark, Jr. on World Cafe, and Funky Friday from 4 to 7pm. Additionally, XPN’s Peabody-nominated documentary, The Gospel Roots of Rock and Soul, hosted by Grammy Award-winning gospel singer Cece Winans, will air at 7 p.m.

The Juneteenth programming will conclude with a one-hour documentary, Going Black: The Legacy of Philly Soul Radio, at 10 p.m. Going Black examines the legacy of Black radio, with a special focus on the legendary WDAS radio station. The documentary is hosted by legendary Sound of Philadelphia producer / songwriter / musician and Rock and Roll Hall of Famer Kenny Gamble.

Juneteenth celebrates the day of June 19, 1865, when enslaved African Americans in Galveston, Texas were told by Union General Gordon Granger that the Civil War had ended and that they were free. The 2020 celebrations will mark 155 years since the first Juneteenth. This year, while pandemic conditions make it difficult to hold safe celebrations, the holiday itself is being seen in a new light due to the Black Lives Matter protests of this spring.

Mark Anthony Neal, an African American studies scholar at Duke University, told The New York Times, “I think Juneteenth feels a little different now. It’s an opportunity for folks to kind of catch their breath about what has been this incredible pace of change and shifting that we’ve seen over the last couple of weeks.”

To wrap up the day, the Indie Rock Hit Parade will feature only Black artists from 11 p.m. to 1 a.m., including a studio session with Toronto band Weaves.

Tune in at XPN.org on Friday for Juneteenth celebrations.