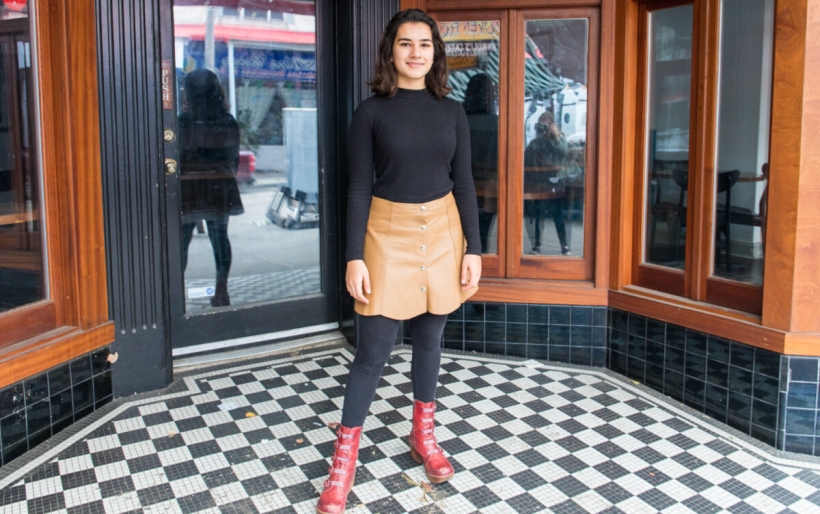 Air Devi searches for home on bilingual “Move Without Place”

Devi Majeske began recording lo-fi indie pop to SoundCloud five years ago, and recorded her debut EP, swanning about, earlier this year after graduating from Penn in 2019. In a recent interview with The Key’s Moriah Kofsky, Devi described growing up listening to punk rock and Bollywood music, their disparate influences coming together in her own music.

Where swanning about featured French on tracks like “l’etranger” and “flaneuse,” “Move Without Place” is sung in English and Gujarati. Nirvan Sengupta contributes dholak, a two-headed Indian hand drum, to the song, adding to the classical Indian elements Majeske wishes to build into her repertoire. Both sides are delivered in soft melody and subdued, beautiful voice.

“Move Without Place” is, fundamentally, about grappling with one’s identity in the face of disparate parts. “Move without place, make my own space,” Devi sings, “But these two halves don’t make a whole lot of sense / Yet, here it is.” Parts of the Gujarati lyrics translate to, “The whole world is my home / no one will tell me no / now it’s my turn.” The song speaks to those caught between cultures, struggling with the realities of post-college life, or, in Devi’s case, both.

Listen to “Move Without Place” here.