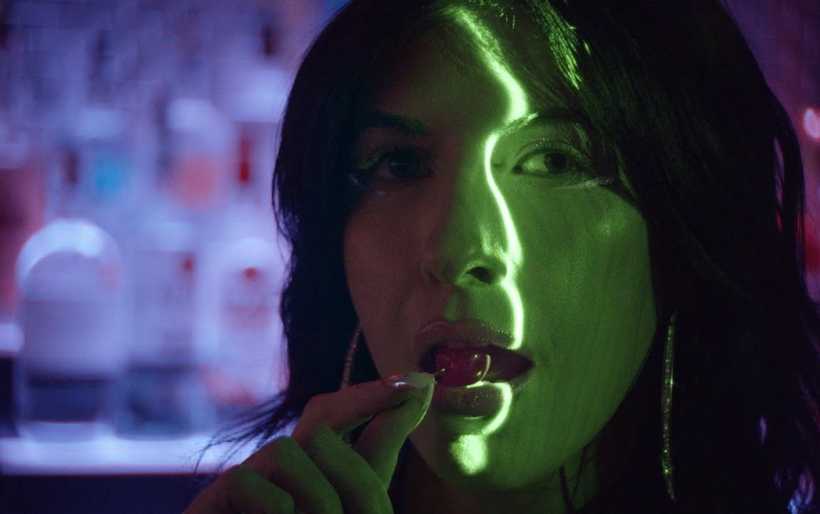 Coming almost a year after her previous release, 2019’s “Put Me Out,”Amanda Blank has returned with a new song and new album on the way. “Oh Man,” out today, is the second single for The Ruiner, Blank’s first album since 2009. Most recently, Blank appeared on Naeem’s latest album, Startisha, teaming up with Naeem and Micah James on the posse cut “Woo Woo Woo.” While “Woo Woo Woo,” like most of Blank’s previous work, showcased her rapid-fire raps, “Oh Man” is an indie rock track driven by jangling guitars and Blank’s soulful voice.

“Oh Man” is a scathing attack against a gaslighting, emotionally manipulative man. “All that bad love thought that I deserved / The whole time you were the ruiner,” she sings in the chorus, reflecting on her misplaced self-blame. After this reflection comes Blank’s redirection of her anger toward the man who caused it: the second half of the track features an audibly more impassioned vocal performance, with Blank singing directly toward her abuser that she’s “gonna waste you away.” Although Blank has previously been primarily known as a rapper, her vocal performance here is equally impressive: she channels an immense spectrum of emotion with a full-bodied, husky alto.

Blank’s upcoming record, The Ruiner, will feature intimate, personal tracks, inspired by her childhood experiences, and will feature collaborations with “lifelong friends and family.” While there is no official release date for the upcoming record yet, be sure to listen to “Oh Man” and “Put Me Out,” the album’s first two singles.