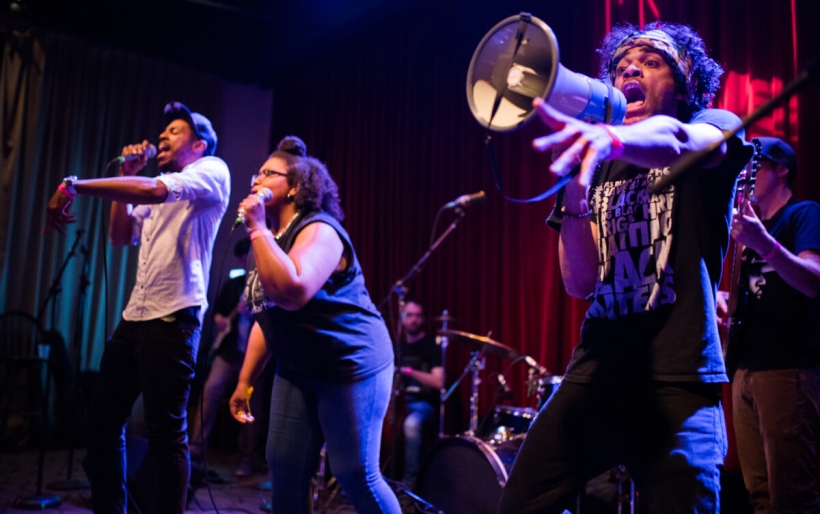 Philly hip-hop collective Ill Doots is set to release their new album The Mess on July 10. In celebration of the album’s release, the group is holding The Let Out, a virtual party featuring their friends and fellow artists.

The Let Out “will be an OUTLET for our 30+ fellow artists of all genres and mediums to share their work and LET OUT the stories, songs, and expressions that have been building within us in these truly unprecedented times. Finally, the title of our event aligns with our mission in partnering with the Village of Arts and Humanities: to abolish youth incarceration — LET them OUT.”

The lineup is a who’s who of the Philly rap, jazz, and indie scenes, featuring Anwar Marshall, Barney Cortez, Great Time, Khemist, Zeek Burse, and many more. Hip-hop artists and instrumentalists populate the guest list, and many of the performers have collaborated with Ill Doots on previous releases.

In September 2018, the collective took up residence for ten days in a barn in Waldoboro, Maine. That trip formed the backbone for the album that would become The Mess, Ill Doots’ first release since 2019’s Us vol. 1.

Ill Doots released a preview video for The Mess. Watch below, and check out the Facebook event here.