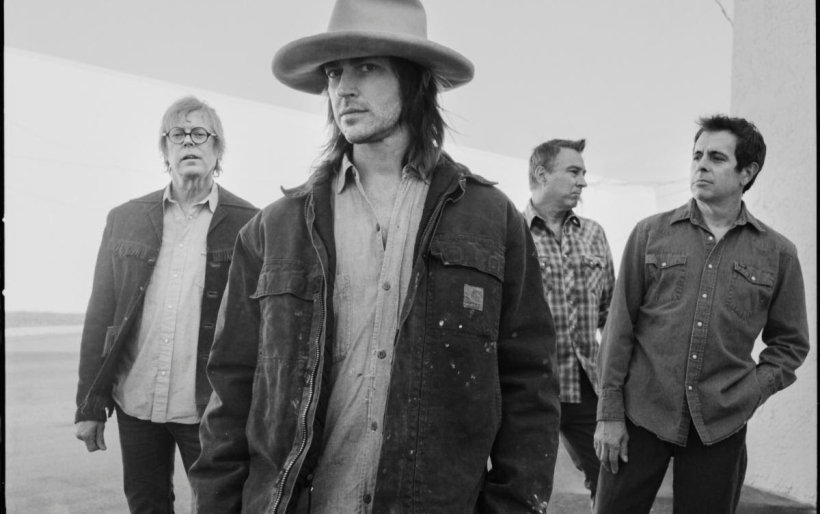 Old 97’s | photo by Alysse Gafkjen | courtesy of the artist

Dallas-based alternative country outfit Old 97’s are returning with their twelfth studio album, appropriately titled Twelfth, on August 21 with ATO Records. As part of the album’s announcement, the band released their first single from Twelfth, titled “Turn Off The TV.”

Twelfth is, in many ways, a testament to the resilience of the Old 97’s. After twenty-seven years, they still play with their original lineup, many of whom are coming into the new album with thoughts of aging and mortality on their mind. The night before a TV appearance to support their last album, 2017’s Graveyard Whistling, drummer Philip Peeples collapsed in a parking lot, spending weeks in the ICU and missing the first leg of the tour. Guitarist Ken Bethea underwent spinal surgery after losing feeling in the fingers of his right hand. “Back when we were in our 20’s, we put ourselves through these terrible trials because we thought we could survive anything,” says frontman Rhett Miller. “But over the last few years, it started becoming clear that we’re human.”

Miller certainly understands that: Twelfth comes as a celebration of five years of sobriety for the singer. “Going back in,” he told Rolling Stone, “I thought, ‘What if I don’t bring anything to the table? What if I’m like Samson and the whiskey was my long hair and I cut it off and can’t write songs anymore?’ … But [Twelfth] was the first record where, top to bottom, I felt I was back in the driver’s seat, found my voice, and came out the other side. It feels good.”

“Turn Off The TV” is a delightful dose of retro roots rock, shouting out indie icons like Pixies and T. Rex as Miller calls back youthful hookups: “Jim Beam and brick weed and a futon couch / And playful smile pulling on the corner of your mouth.” The video, directed by Liam Lynch, features vintage TVs showing footage of the band across its nearly three-decade career, and Puddles the Clown playing a cardboard guitar.

The chorus references “Sleeping bag on a hardwood floor,” a motif that Miller says runs through Twelfth. “[T]hat image of hardwood floors keeps coming back and building on itself in different songs throughout the album, and over time it begins to mean different things as we grow up and start families and own homes.” Twelfth is, across its twelve songs, the story of a band’s maturation.

Watch the music video for “Turn Off The TV” below.