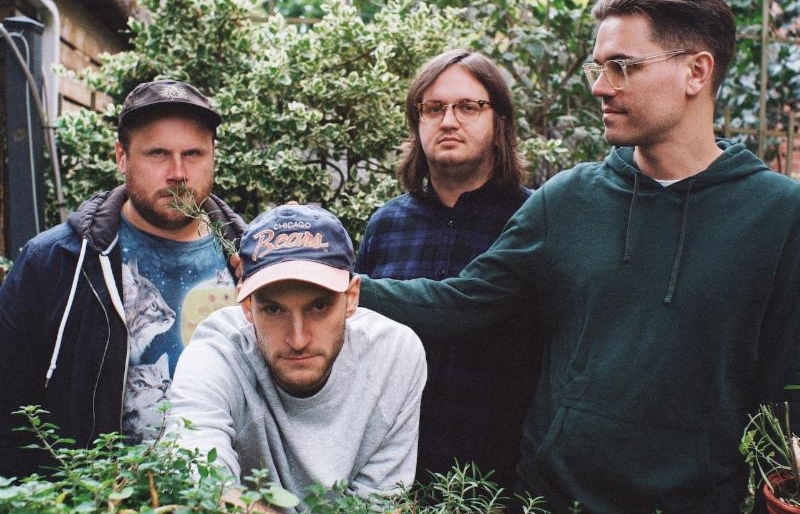 PUP | photo by Vanessa Heins | courtesy of the artist

Toronto-based punk band PUP recently released a new single “Anaphylaxis,” accompanied by a claymation video, at the end of April. Last week, the band released a quarantined live video of the song, featuring the musicians performing in their homes — and, for vocalist and guitarist Stefan Babcock, in his car.

The song’s title is fairly self-explanatory, telling the story of an allergic reaction that was inspired by Babcock’s own experience with being stung by a bee. “It reminded me of all the times I’ve started panicking for whatever reason and was convinced I was dying and the world was ending and no one would take me seriously. In retrospect, I always find those overreactions pretty funny. So we wrote a goofy song about being a hypochondriac and tried to make our guitars sound like bees at the beginning of it.”

At the start of May, the band released a Facebook video showing semi-successful attempts at practicing via livestream, with takes of “My Life Is Over,” “Free At Last,” “If This Tour Doesn’t Kill You, I Will,” “Don Valley Parkway,” and, of course, “Anaphylaxis” being derailed due to video delays, questionable metronomes, and other technical difficulties. The new live video is far more polished, even if Babcock is relegated to his backseat. He starts the video by saying, “I don’t have a jam space to go to, and the neighbors hate me, so I’m recording this one from my car.”

In a longer statement about his unique recording process, Babcock says:

During our quarantine, I couldn’t go to our jam space. I also live in a small apartment and my neighbours understandably get very annoyed and/or concerned about my mental state when they hear me yelling my head off about getting stung by bees or killing my bandmates or whatever garbage these dumb songs are about. So I started making demos and recording in my car in a parking lot across the street from my house. Every few minutes, cops would slowly drive past to see what the unhinged kid in the busted up Ford Escape was doing. But I’m white, so lucky me, my biggest worry was that they’d judge my precious lyrics. White privilege is real. Defund the police.

Besides writing and recording music, PUP has also been busy on the charity front. Masks based on the album cover for 2019’s Morbid Stuff are currently on sale, with a portion of the proceeds going to the Trans Toolkits Collective, which supports trans, two-spirit, and non-binary Toronto residents by delivering personalized gender essential items.