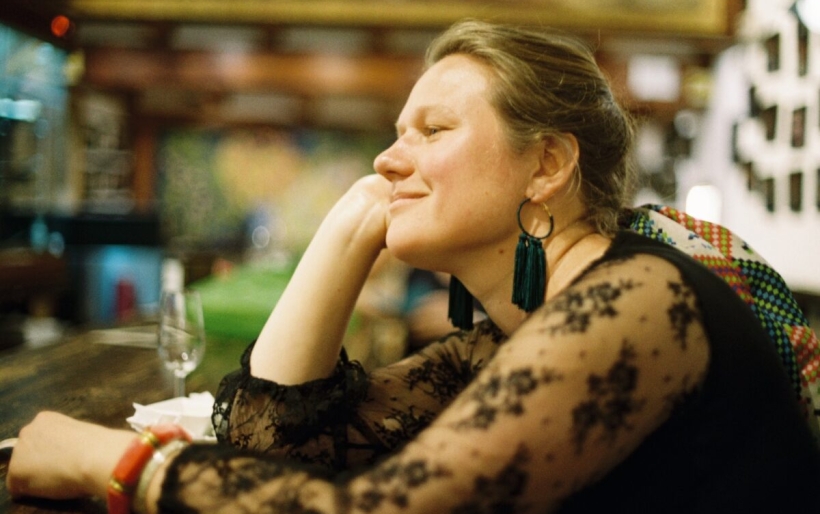 Twelve years after its recording, singer-songwriter Birdie Busch has released Lacy Jags. The instrumental album was recorded with Carl Cheeseman in 2008 as a birthday present and has just now been bestowed upon the public.

Lacy Jags is the only instrumental album in Busch’s catalog. Busch and Cheeseman recorded the album in a West Philadelphia apartment back in 2008, creating a “cinematic soundscape for introverted daydreaming and night-gleaming.” The project began as a birthday present for one of Busch’s friends and circulated informally around Busch’s friend group before its official release on June 19.

Across its seven songs, Lacy Jags is rooted in guitar and ukulele, soft stringed instruments that create a lo-fi lullaby feel. Busch and Cheeseman additionally make use of wind up keychain music boxes for tracks like the aptly-named “Curioso.” Occasionally, Busch’s voice enters the instrumentation, but in the form of hums and other abstract sounds, rather than formal lyrics.

Although this album may have been recorded over a decade ago, Busch has stayed active in the music scene. She appeared on Fuel the Fight last month as part of a compilation to help essential workers, and contributed “Center” to Folkadelphia’s first volume of the Co-Mission artist relief compilations.

Listen to Lacy Jags below.