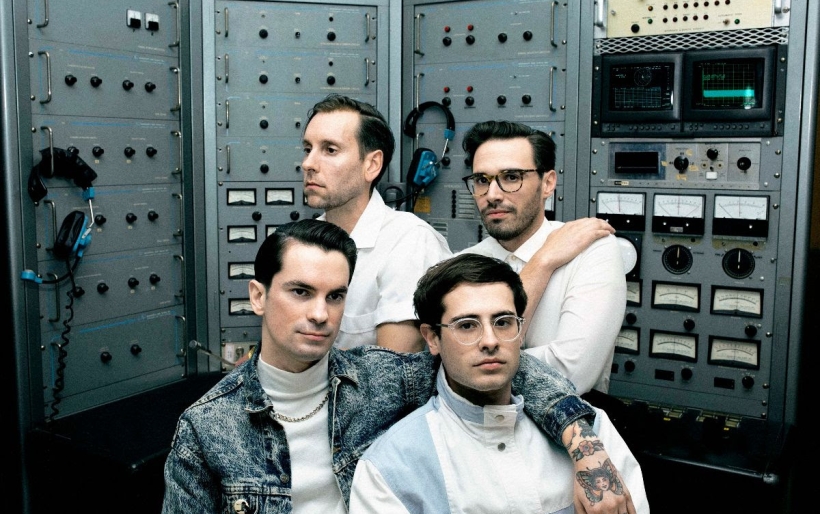 Suburban Living | photo by Kelly Cammarata | courtesy of the artist

Local synth-pop band Suburban Living recently put out a new track, titled “Indigo Kids.” The song is the third single off of their upcoming album How to Be Human, due out August 28 via Egghunt Records.

“Indigo Kids” is steeped in Suburban Living’s shimmery, ethereal indie pop sound. The first minute and a half is entirely instrumental, an extended intro of twinkling synth pads and a buzzy lead line that carries the listener through the band’s concocted dreamscape. When a lyrical line does enter, it becomes secondary to the wall of sound. Guest instrumentalist Max Swan’s saxophone solo, on the other hand, is allowed its rightful place at center stage.

When I was working on songs for ‘How to be Human’ I came across the story of Boris Kipriyanovich, a Russian kid who was proclaimed a genius after he was completing crazy math problems at the age of two. As he got older he started telling people he was from Mars and was sent to Earth to warn us about nuclear war. He would even draw constellations and maps to his home planet.  I was fascinated with Boris’ situation, so I wrote “Indigo Kids” & based the lyrics off his story. I don’t think it’s far fetched that Indigo Kids live among us.

How to Be Human, recorded at Brian Dale Allen Strouse’s home studio in New Hope, PA and Diamond City Studio in Brooklyn, is new ground for Bunch, who says, “I’d never really had songs that told stories before.” The album’s lead single, “Main Street,” is “just a story about every city,” while “Glow” covers substance abuse, and “Indigo Kids” channels Kipriyanovich. How to Be Human can be seen, then, as a type of travel narrative, perhaps by the UFO on the album cover, recounting stories and experiences from a visit to earth.