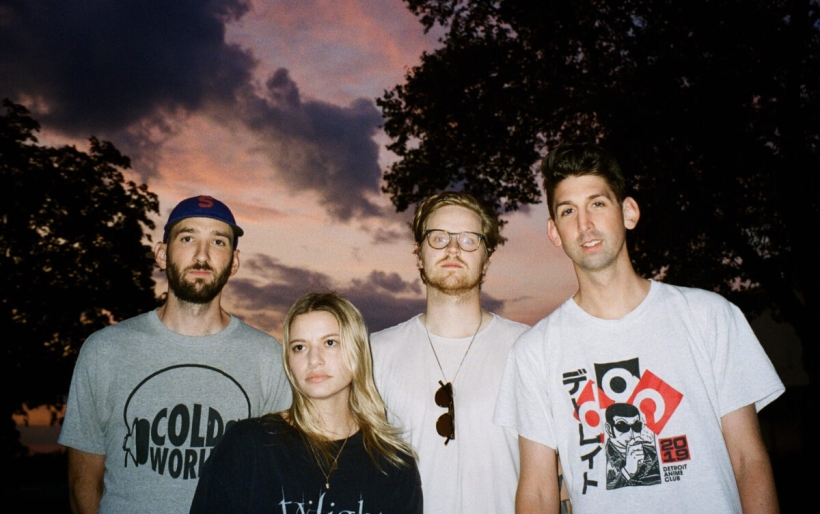 Tigers Jaw | photo by Kris Herrmann | courtesy of the artist

Scranton emo band Tigers Jaw announced today that they have signed with Hopeless Records. In celebration of the announcement, the band released “Warn Me” to showcase their new sound.

The heart of Tigers Jaw has always been the collaboration between vocalist-guitarist Ben Walsh and vocalist-keyboardist Brianna Collins. “Warn Me,” and the band’s upcoming sixth album, also feature the contributions of drummer Teddy Roberts and guitar and bassist Colin Gorman, both of whom have served the band as touring members. The album was produced by the band’s longtime friend and staple of the Philly music scene Will Yip.

“Warn Me” is more of an expansion on the classic Tigers Jaw sound than a redirection. The vocals are tighter, the instruments play harder, and the production is cleaner than the lo-fi basement emo that first entranced their fan base fifteen years ago. The addition of Roberts and Gorman as permanent band members is a boon, with their respective drum and bass work forming an intrinsic part of the single, rather than acting as afterthought to guitar, keys, and vocals.

Walsh said of the new track,

“‘Warn Me’ is about being blindsided by something positive in your life. It’s that moment when you realize you normalized unhealthy relationships or behaviors. I’ve been hesitant in the past to write from a more positive point of view, but my entire personal life went through an upheaval a few years back and it inspired me to see things through a new lens. This was one of the first songs we worked on with Colin and Teddy, and feels like a perfect song to kick off this next chapter of our band. Will Yip did such a great job of bringing out everyone’s musical personality in our performances. It’s a relentlessly driving but fun song, and I think it captures our live sound and energy really accurately.”

Listen to “Warn Me” here.