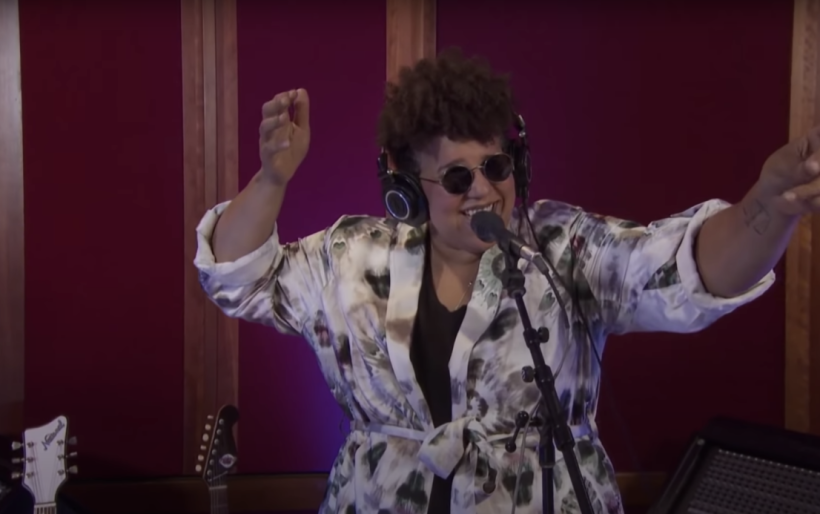 Alabama Shakes’ singer, songwriter and guitarist Brittany Howard belted out “Goat Head” from her debut solo album Jaime on the Tonight Show Starring Jimmy Fallon with the accompaniment of a small backing band.

In the midst of protests across the nation, Howard took to the national platform of late-night television with a song that describes her experiences having a white mother and black father, and dealing with terrifying threats like a dead goat in the back of the father’s truck. “When I first got made, guess I made these folks mad,” she sings.

Since the debut of Jaime in September, Howard collaborated with artists including 2 Chainz and T-Pain for the Small Business Live Virtual Music Festival to benefit black and minority-owned businesses. She also covered Funkadelic’s “You and Your Folks, Me and My Folks” earlier this year.