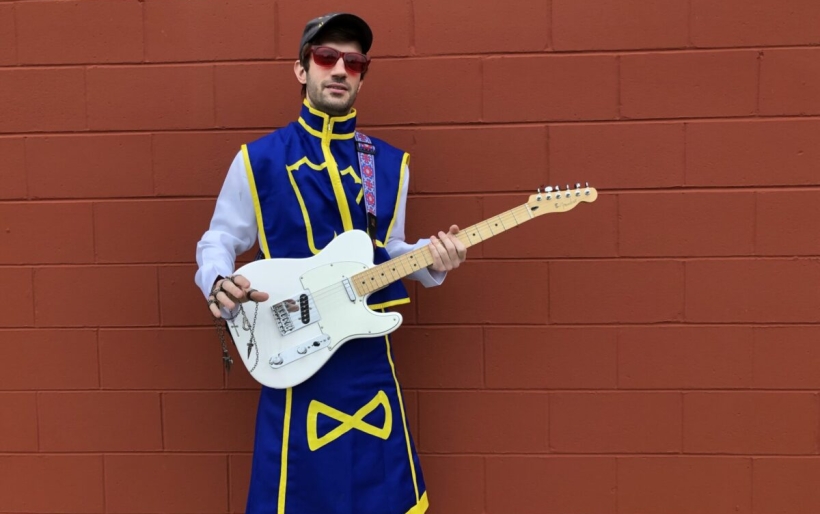 Cave people | photo by Gabrielle Eisenhower | courtesy of the artist

Cave People shakes free from the cycle of insecurity on “Guilt”

Cave People, the project of Scranton singer-songwriter Dave Tomaine, will release their new full-length album Looking on August 28. Today, the band shared the first single from the record, a moving song called “Guilt.”

Although Cave People is Tomaine’s project, Looking enlists the aid of many friends and Philadelphia musicians: guitarists Russell Edling (Cherry) and Mimi Gallagher (Eight), drummers Sean Hallock (Rozwell Kid) and Kian Sorouri (Loose Tooth), and bassist Spenser Spirit Hogans (Three Man Cannon/Cherry). Hogans passed away a few months after completing the album, and all vinyl and cassette proceeds for at least the first year after Looking is released will be donated in his name to Black Lives Matter.

The theme of Looking is self-explanatory: an introspective search for identity and purpose. “Guilt” is an exemplar of this, Tomaine’s self-critical examination of his flaws. Dave says of the song, “‘Guilt’ is about walking around every day feeling cripplingly insincere. It’s a song about taking self-criticism to a level that’s counterproductive and potentially unhealthy. The speaker tries to shake himself out of this cycle of guilt in the song’s final moments, exclaiming, ‘Lately, breaking. Take it easy.'”

Looking will be out on vinyl with Stereophondon Records and cassette via Disposable America on August 28, and can be pre-ordered here. Listen to “Guilt” below.