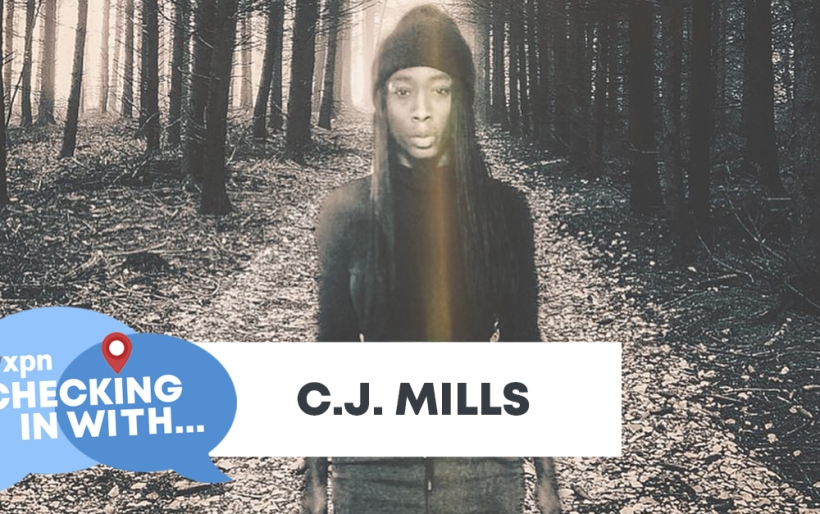 Checking In With… C.J. Mills

In times of crisis, it’s more important than ever to check in on your friends and loved ones. Here at XPN, we’re Checking In With our extended musical family to see how they’re holding up during the Coronavirus quarantine…and what music has kept them grounded. Today, Rahman Wortman chats with C.J. Mills.

“I’ve always been able to just roll with the punches in a lot of things,” said songwriter and guitarist C.J. Mills when we caught up for a Checking In conversation. She still has her day job, and is grateful for that — indie artists need to be able to fund what they’re doing, and she doesn’t have to worry about that stressor.

She’s also very serious about quarantining, and has spent the past few months figuring out ways to pass the time and be productive as an artist: creating digital collages, playing bass, and playing around with beats.

“I still make songs, but when I feel like I have a good idea,” she says. “It’s me taking my time one day at a time, not putting the pressure on myself to really be out there at the risk of neglecting self care. That’s my mantra right now.”

Our conversation took place the day after Juneteenth, and she described the months leading up to the celebration as “a whirlwind of emotions,” particularly the past month with the rise of Black Lives Matter protests around the country.

“For me to see all the unity that came behind this year’s Juneteenth — because its seems like Juneteenth, at least in the past where I’m from, it wasn’t really celebrated as much,” she says. “Being from Nebraska, it wasn’t celebrated with the fervor I’m seeing now. It’s really inspiring. What happened to George Floyd seemed to really unite people to say ‘enough of this, we need to have a turning point.’ So the celebration meant so much more this year.”

We talked about her roots in Omaha, Nebraska, found out her favorite local venues here in Philly, and heard some of her favorite songs. Listen to it all in the player below.

Checking In With C.J. Mills

Favorite Song of All Time: “Green Eyes” by Erykah Badu

“The very first time I heard that song, i was at my grandma’s house and I was playing it. She heard it, and it almost has a vintage feel to it, it sounds like it’s coming off a record player. She was like ‘what is that, who is that?’ If you can get your grandparents to stop and turn their head when they’re listening to your music, that’s impactful. But the song: I love jazz, I love bass, I love how the song has so much movement, the lyrics are brilliant. I think that’s what music should be. I think that music like that is timeless, but that song for me is all the things I really love about music are in that song.”

Song that Raises Your Spirits: “Get By” by Talib Kweli

“I’m a big fan of positive and conscious artists like Common, so if I were to probably go within that vein — like a Common or Mos Def — they are the songs I used to listen to back in the day to make me feel good. I’d prob choose a Talib Kweli, “Just To Get By,” where he’s saying some real words but it doesn’t come off as corny. And that song has John Legend in it and he’s Mr. Uplifting.”

Song You’re Most Proud of Working On: “Focused”

“I have a lot of songs in the tuck right now that I’m absolutely in love with, more than any song I have out right. But ‘Focused’ means so much to me bc I literally didn’t have much, just myself and guitar I was using as a bass and a loop pedal, and I came up with this song in my basement. And for that song to have gotten the traction it got and the response it got, that was insane to me. I was just speaking the truth in that song, and I think it resonated with people. Everything felt real and I’m earnest, I really mean what I write when I’m singing, and I think that translated over.”