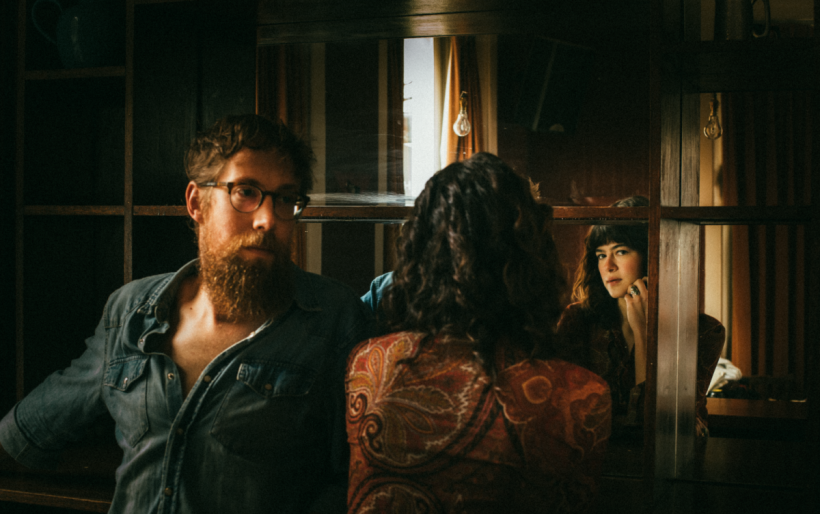 Native Harrow | photo by Parri Thomas | courtesy of the artist

Eastern Pennsylvania folk rock duo Native Harrow are set to release their fourth LP, Closeness, on September 4 via Loose Music. As fans wait for the full album, The Key presents the first single and music video from that new album, “Shake.”

The video depicts singer Devin Tuel setting a table in a field so she can sit and reflect. She is bathed in a hazy filter that makes the scene feel like something out of a dream, realistic without being real. Tuel handles the vocals, with exceptional timbre, while her partner Stephen Harms provides string and key instrumentation, including twelve-string guitar, mellotron, and organ. The resulting sound is perhaps best described as psychedelic folk, supplemented by the video.

Tuel says of the song,

I wrote “Shake” from a place of recovery and deep reflection: of my anxiety, of causes and triggers, of recognizing the healers. Though we all experience it, anxiety is the loneliest place. Ten months after I penned the song, we were tasked to prepare its music video – during a global pandemic. I thought, “what feels lonely?”.

With almost no filmmaking skills, no assistance, and nowhere to go, we came up with a story that attempts to reflect not only these times but also my struggle. A set dinner table with the anticipation of guests, the waiting, the no shows, the inner dialogue between reason and pain that ensues… It felt like a fitting depiction of the duality of both personal anxiety and the myriad of emotions we are experiencing because of COVID-19.

While the video was filmed only recently, “Shake” and the rest of Closeness were recorded at the tail end of 2019 into the first days of 2020, and the turning of the new year marks the path the duo aims to take in the new album. “I dug myself out from the well to make Closeness,” says Tuel, who calls the new LP “a record about love.” It reflects the anxieties of the passage of time, and the importance of love with that passage: “while the clock is moving, we can hold onto one another, and maybe there will be tears, but there will also be laughter.”

Watch the video for “Shake” here.