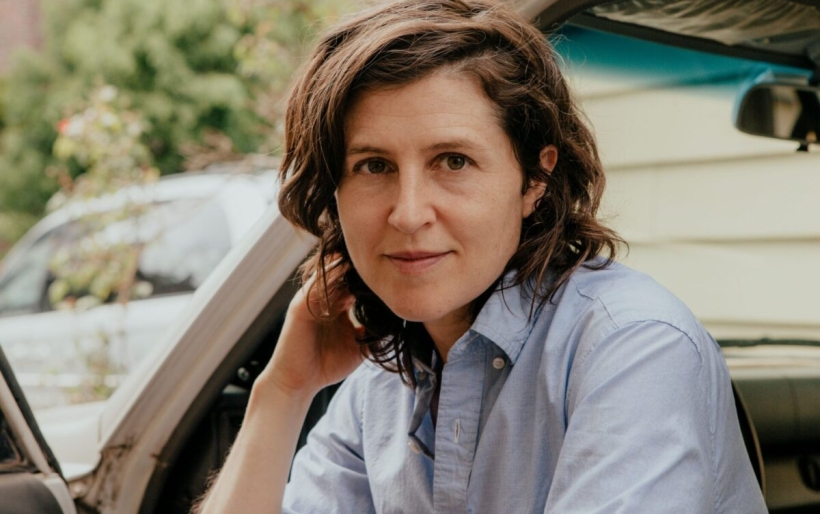 Mirah | photo by Meghan Marin | courtesy of the artist

It’s been 20 years since Mirah released her debut full-length album, You Think It’s Like This But Really It’s Like This. She’ll celebrate the anniversary with a reissue next month — it’s a double LP that includes a remastered version of the original album and a second, tribute album featuring covers by many of Mirah’s musician friends and peers. It’ll be out July 31 via Double Double Whammy.

Mirah was in her early twenties when she wrote You Think It’s Like This But Really It’s Like This, and says now that at the time, “I didn’t know I was making a record.” It captures the artistic freedom of a songwriter just starting out — living in cheap apartments, helping run DIY cafes, recording at home and making music with her friends.

“We didn’t even have a schedule,” she shares in a press release. “We were all involved with each other’s projects. If I needed a choir, we’d just call everybody up and they’d walk over. And a couple minutes later, 10 friends would be there.”

One of those friends was Phil Elverum of Mount Eerie, who contributed a cover of Mirah’s “Of Pressure” to the tribute album. The 16-track album also sees Allison Crutchfield covering “La Familia,” Shamir‘s take on “Pollen,” and Sad13 and Mal Blum joining forces for a cover of “This Dance.”

Listen to Mount Eerie’s cover of “Of Pressure” below and pre-order the reissue here.