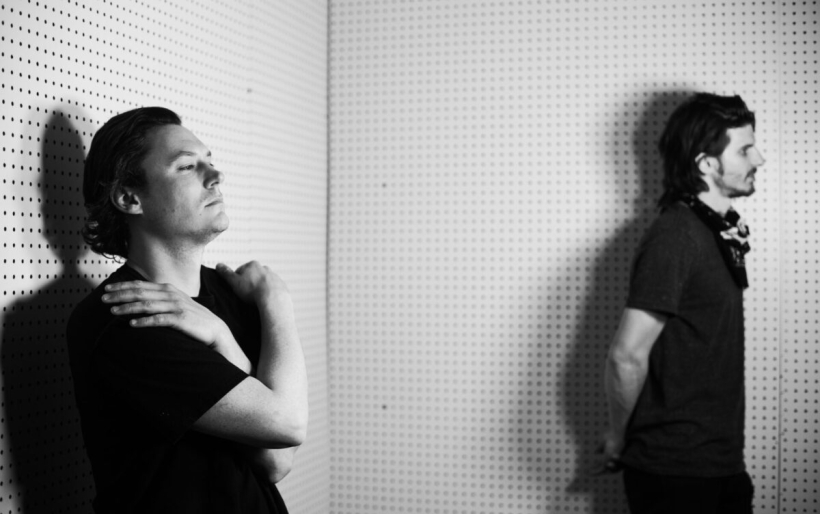 The Front Bottoms | photo by Mark Jaworski | courtesy of the artist

North Jersey folk-punk duo The Front Bottoms announced the details of their seventh studio album today. In Sickness & In Flames will be released August 21 via Fueled By Ramen. To tide fans over before the album’s official release, The Front Bottoms also released a new single and video for “montgomery forever.”

“montgomery forever” is the third single off of In Sickness & In Flames. Earlier this year, the band released “camouflage” and “everyone blooms.” Ukulele Versions of both tracks were put on Bandcamp last month, with proceeds supporting the Black Lives Matter movement. Music sales, matched donations from the band, and additional contributions from Fueled By Ramen led to a total donation of $10,000 to The Center for Cultural Power, an organization of female artists of color.

In a letter thanking fans for their donations, The Front Bottoms also expanded upon their upcoming album. “Earlier this year, we made a new album and decided to name it ‘In Sickness & In Flames.’ When we were writing the album and settling on the title, it meant something completely different to us. We could have never imagined where the world would be just six months later. In true TFB style this album has developed into something of its own that we no longer control the narrative of.”

“montgomery forever” is classic Front Bottoms sad-rock, with singer-guitarist Brian Sella squawking about the destruction of a childhood home, over a deceptively driving and energetic rhythm. Meanwhile, lines like “I am the virus,” written and recorded before COVID came to dominate the world, become prophetically on the nose.

The Front Bottoms were one of many bands forced to retool their summer 2020 plans in the midst of the ongoing pandemic. Originally scheduled to perform an August co-headlining tour with Jimmy Eat World, the band has begun broadcasting short films and live performances on their Twitch channel.

In Sickness & In Flames is available for pre-order here. In the meantime, watch the music video for “montgomery forever” below.

In Sickness & In Flames tracklist