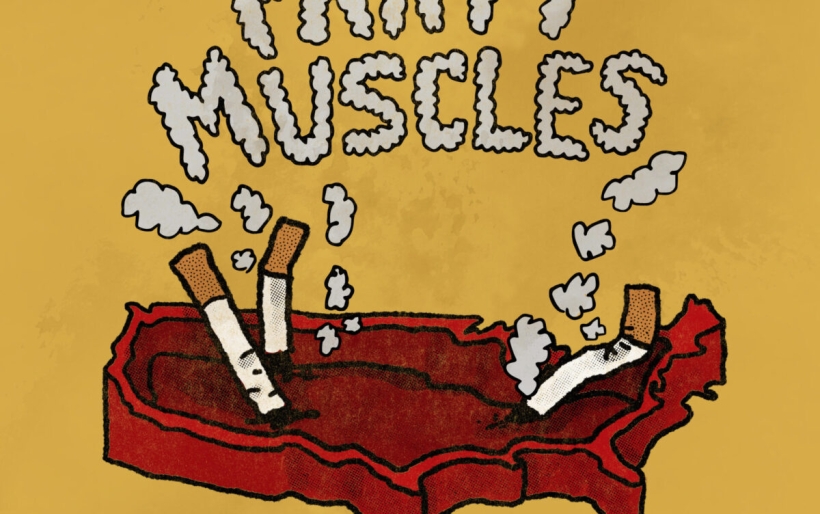 Amidst the ongoing COVID-19 pandemic and human rights protests, Philly indie rock quartet Party Muscles dropped their single, “I Don’t Believe in America” on the country’s 244th birthday. Though the track is upbeat at its first listen, the song’s lyrics allow the listener to ponder about the twists and turns of our country’s history on the supposed-to-be patriotic holiday.

Tyler Pursel, member and songwriter of Party Muscles, penned the track and told followers of the band’s Instagram to “Get psyched for a song about how awful this country is.”

In an email, the band tells us that Pursel wrote the track the day Bernie Sanders announced he was dropping out of the presidential primary race as he  “felt incredibly overcome with anger, sadness, and anxiety about the future.”

The band’s e-mail also suggests what the upbeat track about the chaotic condition of the United States is even more specifically about. “People are unnecessarily out and about not wearing masks not respecting distancing and continuing to ignore fact-based science and going so far as to protest against it. Police have killed another unarmed non-violent black man for no reason. Unemployment is at an all-time high. The collective mental health and financial stability of the country is being eroded while the 1% get richer.”

“I Don’t Believe in America” is available on all major streaming platforms, and has a socially-distanced music video you can watch below.