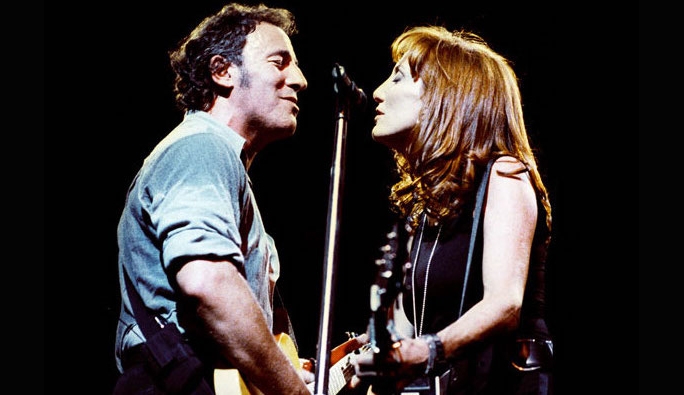 In the midst of celebrating his 50th birthday, NJ rock and roll hero Bruce Springsteen played a six-date run of shows in Philadelphia at The Spectrum and the First Union Center (now the Wells Fargo Center). The final performance in that series of gigs was recently released to live.brucespringsteen.net, where The Boss has been digging into his archives of late, offering up high-quality concert recordings for fans while he’s been unable to tour due to the Coronavirus pandemic.

As Brooklyn Vegan notes of this performance:

The show was part of the first major tour from Springsteen and the E Street Band in 11 years, and was the end of a six-show run in Philadelphia that had concerts at both the First Union Center and the First Union Spectrum. Bruce also turned 50 on an off-night during the run. Rolling Stone notes that during the run, the band brought out rarely played songs “The Fever,” “Blinded by the Light” and “Does This Bus Stop at 82nd Street?,” and this show in particular opened with “Incident on 57th Street,” which hadn’t been played since 1980, as well as one of only five stagings of the epic “New York City Serenade” circa 1999-2000 following a 24-year hiatus. The September 25 show also featured “Jungleland,” “New York City Serenade,” “Atlantic City,” “Murder Incorporated,” “Land of Hope and Dreams,” “Two Hearts” and it was the last date of the tour to get “The Streets of Philadelphia.”

Download the recording here and listen to the one-two opening of “Incident” into “The Ties That Bind” from The River.