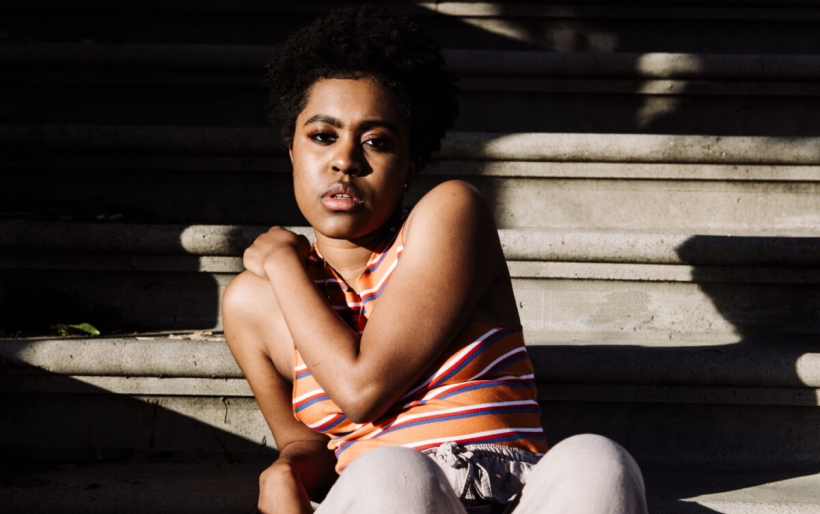 Christinna O | photo by Miriam Brummel | courtesy of the artist

Philly-based alternative R&B singer Christinna O returned late last week with a new single. “Hot Head” builds on the swanky genre-bending of previous releases like EP Girl in Passing and single “Shine,” while Christinna O continues to reckon with her own identity.

In a statement, the artist said in Teen Voguethat this new track “expresses how hard it is to speak and be heard for your truths, especially as a Black woman, as a queer Black woman, as a Black queer woman who lives with mental health obstacles.” In this way, “‘Hot Head’ is a mouthpiece for my often held rage. This song meets me at the fork in the road, with the option of imploding or getting it all out.”

Christinna O swings gracefully between crooned R&B vocals and laid-back rapping, often shifting between the two with such fluidity that the turning point between the two is impossible to pinpoint. The light synths and muffled drum beats are unintrusive, turning all attention to O as she tells her story: “If I don’t bite my tongue, don’t clench my teeth / Promise you will listen to me / Hot headed in the middle of the winter / The spirit has a temper.”

Given that fork in the road, Christinna O chooses the latter option, speaking her truths in an honest, unfiltered way.

Listen to “Hot Head” below.