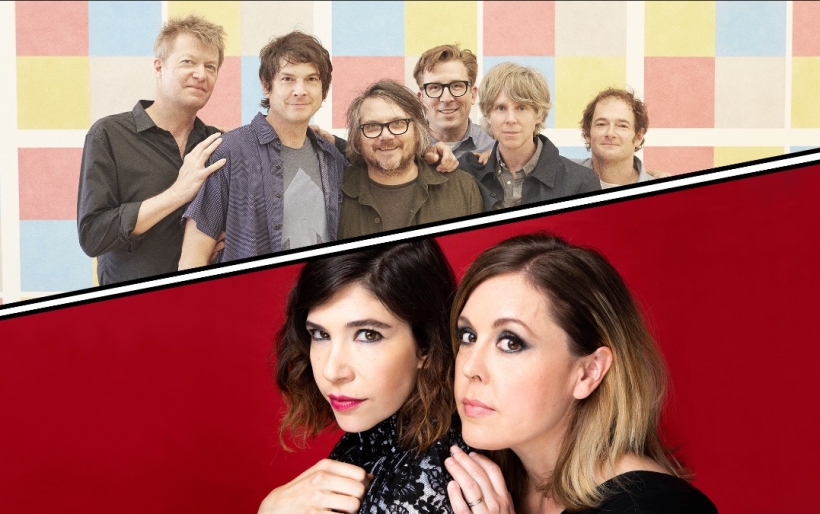 Wilco and Sleater-Kinney reschedule tour, with Philly date in August

Alt-rock icons Wilco and Sleater-Kinney will be hitting the road in summer 2021 for a coheadlining tour, rescheduled from this summer. Experimental singer-songwriter and multi-instrumentalist NNAMDÏ will be opening.

Wilco and Sleater-Kinney were among many artists forced to postpone or cancel their 2020 tours in light of the ongoing pandemic, and are two of the most recent to announce new 2021 tour dates. Previously-purchased tickets will be honored, but for those who cannot make the new show date, refunds are available via Ticketmaster.

During quarantine, Wilco’s Jeff Tweedy has been performing a series of livestreams with his family, called “The Tweedy Show,” covering artists like Neil Young and My Bloody Valentine. Sleater-Kinney’s Carrie Brownstein and Corin Tucker, meanwhile, performed a stripped-down rendition of “Modern Girl” for Seattle’s All in WA benefit. NNAMDÏ released several projects, most recentlyKrazy Karl.

The bands were originally scheduled to play the Mann Center for the Performing Arts on August 23, 2020. Their new performance date at the Mann is August 22, 2021. Tickets are available for purchase here.